Part of The Family

Jefferson’s Class of 2023 and 2024 celebrated at Convocation. 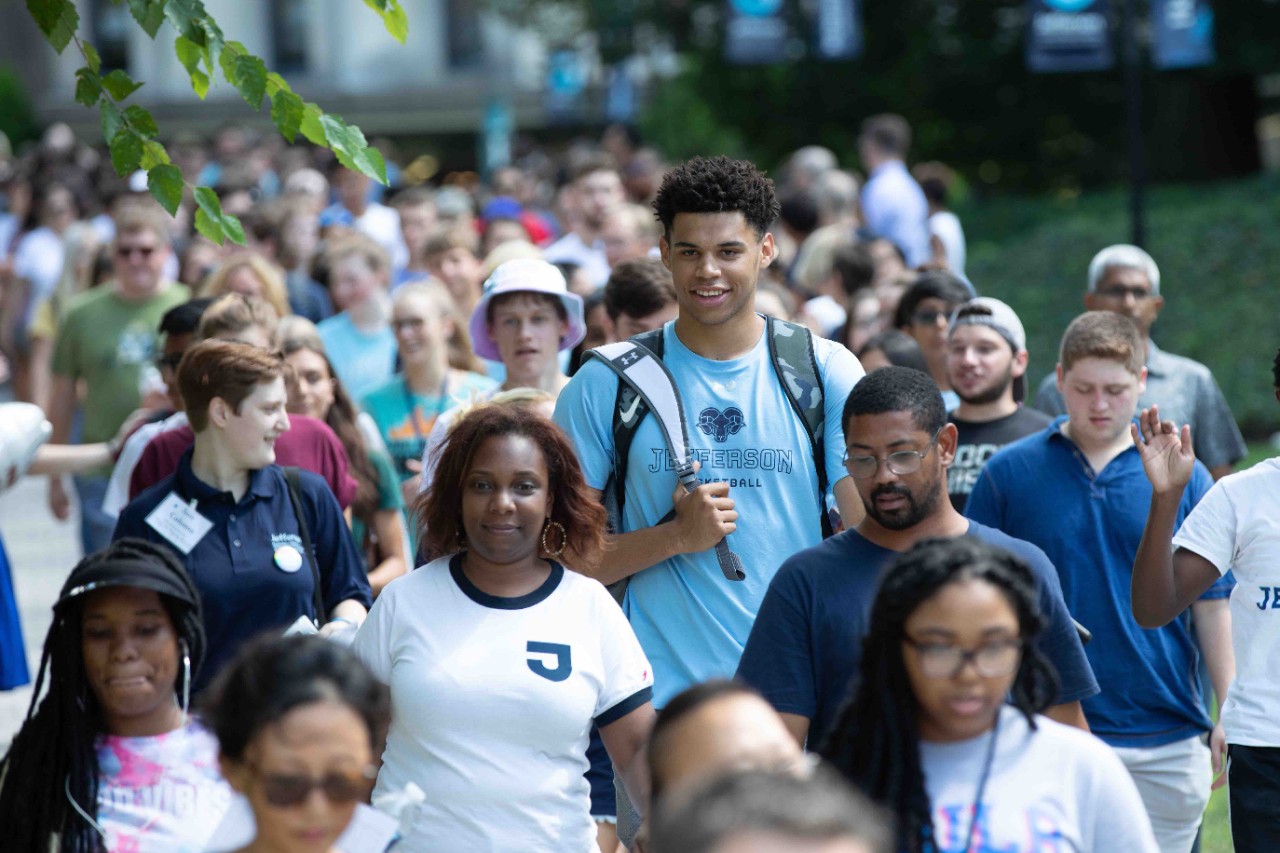 Representing 22 states and 14 countries and ranging in age from 16 to 50, over 700 students joined the Jefferson family to rousing applause at Convocation on Aug. 22. In an annual tradition to kick off the ceremony, University leadership, faculty and staff cheered on the incoming class and their families as they streamed down the walkway into the Gallagher Center.

Once inside, Jefferson President Dr. Stephen K. Klasko urged the Class of 2023 and—for five-year programs—the Class of 2024 to be open to change and enthusiastic about stretching their creative muscles.

“At Jefferson, we like to think we’re a 195-year-old university with a startup mentality,” he says. “We don’t believe we have any limits.”

One member of the new class includes Frank Porras. He graduated with an industrial design degree in Venezuela in 1997 and taught there as well, but he says the country’s unstable political climate stymied many technological advances.

The industrial design student believes Jefferson’s real-world educational philosophy will provide new career opportunities. “I just absolutely love the fact that we will be asked to do projects for companies,” he says.

Another new Ram, Seda Turkoglu, participated in a high school product pitch competition, with her team’s concept for a mechanical aortic valve placing second nationally. When researching colleges, she immediately became drawn to Jefferson’s five-year accelerated health sciences BS/physician assistant MS program and would use it as a measuring stick for other potential schools.

“That’s how I knew that Jefferson was the one,” Turkoglu explains, “and Jefferson seems to genuinely care about the success of every student.”

During Convocation’s alumni welcome, architecture graduate Brian Corcodilos ’13 described how the core values of leading by example, never settling and finding “pure passion” helped to guide his company, Designblendz, from his Jefferson dorm room into a firm of 30 employees now located in Manayunk.

“Passion can change. It can improve. It can become larger. It can pivot from your initial preconceptions,” says Corcodilos, CEO of the company that specializes in streamlining architectural real estate projects. “But remember, passion is the driving force in what do and how we do it every single day.”

Brittney Bell, president of Jefferson’s Student Government Association, also passed along words of encouragement to the incoming class, urging them to get involved, learn from their mistakes and have fun.

“Remember to thank your family, friends and all the people who have gotten you here,” stresses the health sciences student. “Most importantly though, thank yourself for taking such an exciting step in your life. You all make this world a better place just by being in it, and we all make Jefferson a better university by being a part of the ‘Ramily.’ Your decision to join passionate leaders, new-world thinkers and inspiring human beings will not disappoint you.”

In another special Convocation tradition, members of the incoming class nominate a remarkable educator who has impacted their academic lives. This year, four high school and college teachers received the Centennial Educator Awards, a distinction created in 1984 by the Board of Trustees to celebrate the 100th anniversary of Philadelphia University. 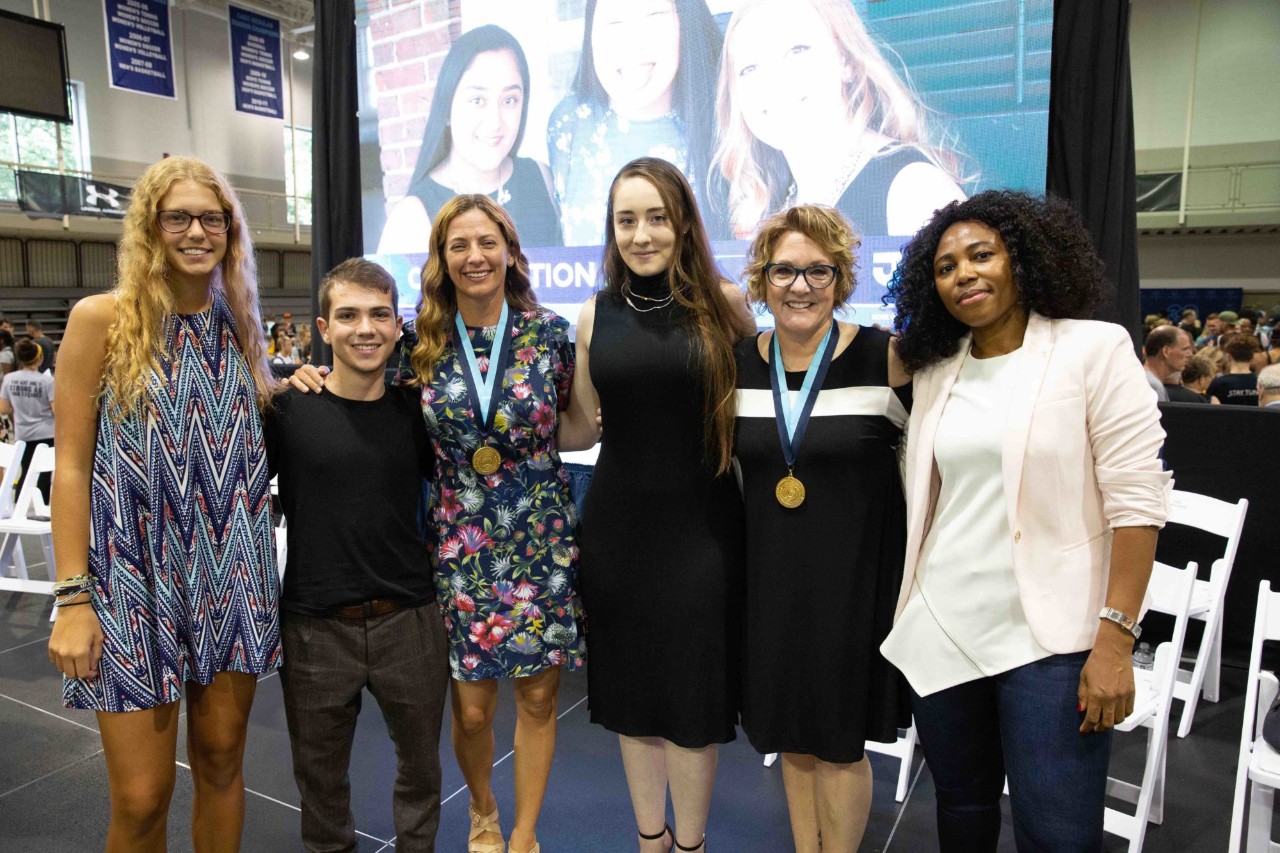 The recipients honored at the ceremony include:

“All the nominees are wonderful examples of dedicated teachers who work tirelessly to see their students succeed, and we appreciate their efforts,” Dr. Klasko says. “The master educators joining us today engage their students with their passion for their disciplines, the challenge of their scholarship and their expectations of excellence.”

“We sent almost double the number of volunteers than we ever have before, acknowledging the importance of sharing our students’ talents with the community right when they first become part of the Jefferson family,” she says.