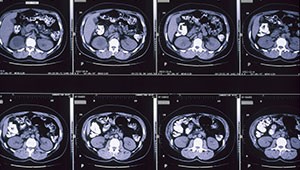 (PHILADELPHIA) – Researchers are seeking to understand what happens inside the living brain after a concussion. In a study published in PLOS ONE, researchers at Thomas Jefferson University used single photon emission computed tomography (S.P.E.C.T.) to evaluate two different ways to measure physiological brain activity in Traumatic Brain Injury (T.B.I.) patients with chronic, mild symptoms. The findings of their blinded, case-control study are published in an article entitled, "Clinical Comparison of 99mTc Exametazime and 123I Ioflupane SPECT in Patients with Chronic Mild Traumatic Brain Injury.” The study included 25 cases and 10 controls.

Said Andrew Newberg, MD, Principal Investigator of the study and a Professor of Radiology at Thomas Jefferson University, “This is an important study that shows the potential use for cerebral blood flow and dopamine transporter imaging in the evaluation of patients with chronic head injury. Both imaging techniques provide important and distinct information about the effect of T.B.I. on brain function.”

The researchers used S.P.E.C.T. to track cerebral blood flow (C.B.F.); the movement of blood through the brain, and to measure the neurotransmitter dopamine by tracking the binding of a dopamine transporter (D.A.T.) tracer.

T.B.I. patients were discovered to have an average of six brain regions with abnormal perfusion, while controls had an average of two abnormal regions (P<0.0001). Patients with headaches had lower C.B.F. in the right frontal lobe and higher C.B.F. in the left parietal lobe compared to patients without headaches. Lower C.B.F. in the right temporal lobe correlated with poorer reported physical health. Higher D.A.T. binding was associated with more depressive symptoms and overall poorer reported mental health. However, there was no clear association between C.B.F. and D.A.T. binding in the patients studied.

Researchers concluded that S.P.E.C.T. imaging of D.A.T. and C.B.F. were useful tools that provide distinct information about brain physiology after T.B.I.