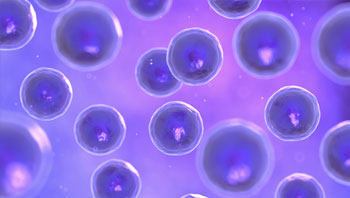 A single cell type could explain why cancer vaccines have a tough time stimulating the immune system to fight tumors.

“The conventional wisdom is that the body knocks out all of the cells that can mount an immune response to the cancer,” says first author Adam Snook, PhD, a Research Instructor at Thomas Jefferson University. “In fact, our work shows that it’s only one cell type that is affected. But that cell, the T-helper cell, acts as the lynchpin.”

Cancer vaccines are designed to boost the body’s natural defenses against cancer. They work by training the immune system to recognize and attack specific tumor peptides, which are a kind of identification tag for tumors. These peptide “tags” help the immune system find and attack cancer cells. There are three types of cells that can “see” and react to these tags:  T-helper cells, cytotoxic T cells, and B cells, and researchers thought that all three were trained, or tolerized, to ignore the tags on cancer cells.

Dr. Snook and colleagues tested which cell was involved by inoculating mice with a cancer vaccine they developed for colorectal cancer using a tumor peptide called guanylyl cyclase C (GUCY2C). Normally, GUCY2C-vaccinated mice would not produce much of an immune response, from either T cell type or B cells. However, when the researchers boosted the GUCY2C vaccine by linking it to another peptide called S1 that efficiently activates T-helper cells, they were able to see a vigorous activation of cytotoxic T cells and B cells directed at GUCY2C.

In fact, the GUCY2C vaccine-S1 combo improved the survival time of mice with cancer by months compared to only days with GUCY2C vaccine alone. In fact, many mice were cured of their disease.

When Dr. Snook tested two other cancer peptides, one for breast cancer (Her2) and one for melanoma (Trp2), he saw similar results, suggesting that selective inactivation of T helper cells occurs for peptides found in many cancer types. “The results make a lot of sense,” says Dr. Snook. “T-helper cells, as their name suggests, provide help to both cytotoxic T cells and to B cells. The entire peptide-specific immune response can be taken out by tolerizing this one cell type.”

The next step is to test whether a T helper peptide-linked GUCY2C vaccine could help fight colorectal cancer in humans. Dr. Snook and colleagues are currently enrolling patients in a clinical trial aimed at reducing the rate of cancer recurrence in patients who had their primary tumors removed.

The work was funded by NIH  (R01  CA75123, R01 CA95026, RC1 CA146033, P30 CA56036, R01 CA170533;  F31 CA171672); Targeted Diagnostic and Therapeutics Inc.; and a Measey Foundation Fellowship. Scott Waldman is the Samuel M.V. Hamilton Professor of Thomas Jefferson University. This project was funded, in part, by grants from the Pennsylvania Department of Health (SAP #4100059197, SAP #4100051723). The Department specifically disclaims responsibility for any analyses, interpretations or conclusions. The funders had no role in study design, data collection and analysis, decision to publish, or preparation of the manuscript.

Scott Waldman was the Chair of the Data Safety Monitoring Board for the C-Cure Trialä sponsored by Cardio Biosciences, and the Chair (uncompensated) of the Scientific Advisory Board to Targeted Diagnostics and Therapeutics, Inc. which provided research funding that, in part, supported this work and has a license to commercialize inventions related to this work.  All other authors declare no financial or commercial conflict of interest.