A hormone used to regulate insulin levels may be the key to reducing the risk of acute respiratory distress syndrome in obese patients. 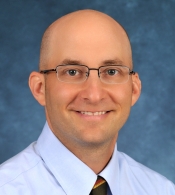 (PHILADELPHIA) - The lungs of seven percent of all intensive care unit patients will fill up with fluid causing a 30 to 50 percent chance of death from a condition called acute respiratory distress syndrome (ARDS). This syndrome has few options for treatment, progresses quickly and is still poorly understood biologically, and being obese is an important risk factor. Using animal models of ARDS, researchers at Thomas Jefferson University in Philadelphia have uncovered a mechanism that appears to explain why obesity predisposes patients to developing ARDS, and in the process, might have discovered a novel strategy for preventing ARDS in obese individuals.

“Although our work needs to be confirmed in humans, our studies in animals suggest that obese patients with ARDS may have a biologically different disease than their non-obese counterparts, and our research could point to a new therapeutic avenue for these patients,” says Ross Summer, M.D., Associate Professor of Pulmonary and Critical Care Medicine at Thomas Jefferson University and researcher at the Center for Translational Medicine and at the Jane and Leonard Korman Lung Center at Jefferson. The research was published online June 12th in the journal Scientific Reports, a Nature publication.

“While immune activation is usually protective and beneficial in the body, in the case of ARDS, the immune system acts like a runaway train, gaining speed and momentum as it goes, without the breaks that would normally slow it down and keep it from causing too much damage in the body,” says Dr. Summer. “Inflammation together with fluid build-up cause the lungs lose their ability to exchange oxygen and carbon dioxide, and can lead to death.”

Dr. Summer and colleagues looked at the bloods vessels that deliver nutrients to the lungs of obese mice and saw that they were poised for creating the fluid-filled, inflammatory environment seen in ARDS patients. The junctions between cells in the blood vessels that normally keep fluid from seeping into the airways were loosened, with fewer of these “sealant” proteins present to support a strong barrier in obese mice. These blood vessels were also found to express approximately 50 percent more adhesion molecules than lean mice. Adhesion molecules function as a sort of Velcro for immune cells, capturing them from the fast-flowing blood stream and allowing them to exit circulation and enter tissues, where they fuel inflammation. Although obese mice had normal fluid levels in their lung and immune cell penetration was kept at bay in the basal state, these changes to the blood vessels suggested they were already primed for injury.

When the researchers recreated conditions that lead to ARDS in mice, they found that obese mice were more likely to develop respiratory distress from fluid flooding the airspaces of the lung. Obese mice also had approximately a 50 percent greater amount of infiltrating neutrophils, a first-responder immune cell that often initiates an aggressive immune response. “It’s possible that the higher quantity of adhesion molecules in obese mice nabbed the neutrophils out of circulation at a greater rate in obese mice than in non-obese mice, leading to more inflammation,” says first author Dilip Shah, Ph.D., a postdoctoral fellow in Dr. Summer’s lab.

Based on their earlier work, Dr. Summer and colleagues suspected the deficiency in the hormone adiponectin might be the blood factor they were looking for. This hormone is normally produced by fat cells but levels are markedly reduced in the circulation of obese individuals. Dr. Summer and colleagues had previously shown that mice lacking the ability to produce this hormone are otherwise healthy, but have higher likelihood of developing ARDS.

In the current study, the researchers used gene therapy techniques to restore the decreased adiponectin levels in obese mice and found that by replacing this hormone obese mouse were less vulnerable to developing ARDS.

“It's unclear whether adiponectin acts directly on the blood vessels of the lung,” says Dr. Summer. “It's possible that this hormone initiates other protective and anti-inflammatory signals that prevent the loss of junction proteins and the increase of the immune adhesion proteins.”

Funding for this work was provided by the National Institute of Health (NIH) R01HL105490. The authors report no conflicts of interest.

Our newly formed organization, Jefferson, encompasses Jefferson Health and Thomas Jefferson University, representing our clinical and academic entities.  Together, the people of Jefferson, 19,000 strong, provide the highest-quality, compassionate clinical care for patients, educate the health professionals of tomorrow, and discover new treatments and therapies that will define the future of health care.

Jefferson Health comprises five hospitals, 13 outpatient and urgent care centers, as well as physician practices and everywhere we deliver care throughout the city and suburbs across Philadelphia, Montgomery and Bucks Counties in Pa., and Camden County in New Jersey.  Together, these facilities serve more than 78,000 inpatients, 238,000 emergency patients and 1.7 million outpatient visits annually.  Thomas Jefferson University Hospital is the largest freestanding academic medical center in Philadelphia.  Abington Hospital is the largest community teaching hospital in Montgomery or Bucks counties.  Other hospitals include Jefferson Hospital for Neuroscience in Center City Philadelphia; Methodist Hospital in South Philadelphia; and Abington-Lansdale Hospital in Hatfield Township.

For more information and a complete listing of Jefferson services and locations, visit www.jefferson.edu.