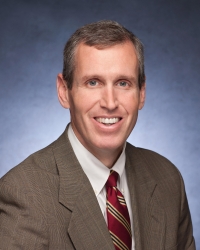 (PHILADELPHIA) – Sidney Kimmel Medical College at Thomas Jefferson Universityappointed Gregory Kane, M.D., as Chair of the Department of Medicine, effective July 1. In this role, Dr. Kane will lead 10 divisions including internal medicine and multiple subspecialties in achieving their mission of excellence in clinical care, research and education.

“Above and beyond his numerous academic and clinical strengths, Dr. Kane epitomizes the professionalism and leadership qualities that Jefferson so values,” said Mark Tykocinski, M.D., Provost and Executive Vice President for Academic Affairs at Thomas Jefferson University and the Anthony F. and Gertrude M. DePalma Dean of the Sidney Kimmel Medical College at Thomas Jefferson University. “I am delighted that Dr. Kane will be serving as Chair of the Department of Medicine and look forward to working with him as he continues to lead his talent-rich department and further elevate it across all its core missions – education, research, clinical care and community service.”

Dr. Kane has been an integral part of Jefferson’s clinical and academic teaching programs, having twice been honored by the medical college graduating class as Class Day speaker. In 1997, he was the students’ pick for the senior class portrait. He has received numerous teaching awards, including the Christian R. and Mary F. Lindback Award for Distinguished Teaching and the Jefferson Medical College Dean’s Award recognizing distinguished teaching in a clinical science.

Awards recognizing his commitment to humanism and professionalism have included the Teaching Award for Humanistic Care from the junior house staff at Jefferson on two occasions; the Teaching Award for Accessibility and Collegiality from the intern house staff at Jefferson; the Gold Humanism Award; and the Parker J. Palmer “Courage to Teach” award from the Accreditation Council on Graduate Medical Education.

Dr. Kane received his Bachelor of Science degree from the University of Notre Dame and his medical degree from Jefferson Medical College. He completed a residency in Internal Medicine at Lankenau Hospital before returning to Jefferson for his fellowship in pulmonary disease and critical care medicine. Dr. Kane is board certified in pulmonary disease, internal medicine and critical care medicine. His research and clinical interests include asthma, sarcoidosis and bronchiectasis.

Dr. Kane has authored more than 60 original scholarly articles, with publications encompassing both clinical and medical education topics. He has pursued his passion for mentoring and supporting the growth of young physicians through active involvement with a number of key organizations in his field including the American Board of Internal Medicine, the Council of the Association of Program Directors in Internal Medicine, and the Alliance for Academic Internal Medicine.

Dr. Kane is a resident of Devon, Pennsylvania with his wife, Jean.

Our newly formed organization, Jefferson, encompasses Jefferson Health and Thomas Jefferson University, representing our clinical and academic entities.  Together, the people of Jefferson, 19,000 strong, provide the highest-quality, compassionate clinical care for patients, educate the health professionals of tomorrow, and discover new treatments and therapies that will define the future of health care.

Jefferson Health comprises five hospitals, 13 outpatient and urgent care centers, as well as physician practices and everywhere we deliver care throughout the city and suburbs across Philadelphia, Montgomery and Bucks Counties in Pa., and Camden County in New Jersey.  Together, these facilities serve more than 78,000 inpatients, 238,000 emergency patients and 1.7 million outpatient visits annually.  Thomas Jefferson University Hospital is the largest freestanding academic medical center in Philadelphia.  Abington Hospital is the largest community teaching hospital in Montgomery or Bucks counties.  Other hospitals include Jefferson Hospital for Neuroscience in Center City Philadelphia; Methodist Hospital in South Philadelphia; and Abington-Lansdale Hospital in Hatfield Township.

For more information and a complete listing of Jefferson services and locations, visitwww.jefferson.edu.