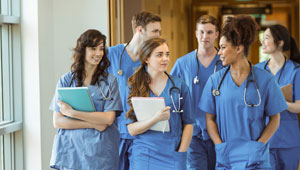 Among the 170 eligible U.S. medical schools, 20 were chosen this year to join the 11 schools who were awarded grants in 2013, resulting in a 31 school consortium. Each of the 20 schools chosen to join the consortium will receive a $75,000 grant over the next three years to improve AMA’S goal of transforming undergraduate medical education.

In a press release announcing the expanded consortium, Susan E. Skochelak, M.D., M.P.H., AMA Group Vice President for Medical Education said, “Together, the 31 schools will collectively work to quickly identify and widely share the best models for educational change to ensure future physicians are prepared for a lifetime of learning.”

In order to be considered for the grant, each medical school submitted to the national advisory panel a groundbreaking idea that would significantly redesign medical education.