The Fourth State of Matter, Plasma: A Technology to Improve Bone Healing?

Tuning cold plasma can either promote or inhibit bone formation. 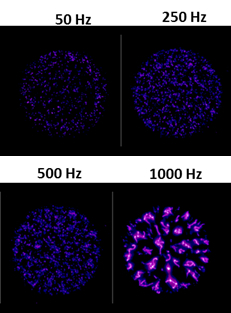 (PHILADELPHIA) – Cold plasma looks like the glow from the “Star Wars” blue light saber but this beam of energy, made of electrons that change polarity at micro-second or nanosecond speeds, could help bones heal faster, according to a study published August 11th in the Journal of Tissue Engineering and Regenerative Medicine.

Most people interact with plasma every day. It’s in our TVs, fluorescent lights, lightning, the aurora borealis, and the sun. However, these are all examples of hot or “thermal” plasmas.  Since the discovery of cold plasma, about 20 years ago, it has been used in agriculture to sterilize the surface of fruit without damaging the delicate edibles.  More recently, scientists have been performing experiments treating living animal cells and tissues with cold plasma to learn more about its potential applications in medicine.

“We’ve previously studied how different applications of cold plasma can either directly kill cells, such as in skin cancer, or help them grow, as in developing bones. In this study, we asked how cold plasma would affect the area surrounding cells, known as the extracellular matrix,”  says lead author Theresa Freeman, Ph.D., Associate Professor in the Department of Orthopedic Surgery in the Sidney Kimmel Medical College at Thomas Jefferson University. The extracellular matrix around cells is made of collagen and other proteins that interact with the cells and can influence their growth and behavior. For example, the extracellular matrix can either promote or inhibit bone formation or cancer cell growth and metastasis.

The study demonstrates that cold plasma may be “tuned” to either promote or inhibit cell/matrix interactions by chemically altering the matrix.

“As research into medical applications of cold plasma expands, it will be important to study various plasma types and conditions in tissue models, rather than isolated cells,” says Dr. Freeman, “Because cold plasma affects each cell type and matrix protein to produce variable physiological effects,” says Dr. Freeman, “it’s important to study not just how each cell behaves when exposed, but how they react together within the tissue and organismal environment.”

The authors report no conflicts of interest.