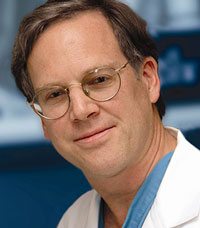 PHILADELPHIA — Physician researchers at Thomas Jefferson University suspect that some cases of coronary artery spasm go unrecognized and are incorrectly treated with stents. The good news – there could be a simple fix to eliminate these unnecessary stenting procedures. The team published a case series in Catheterization and Cardiovascular Interventions describing six patients who were scheduled for angioplasty and stenting for the diagnosis of coronary artery disease (five of whom had a cardiac catheterization days prior). However, when the cardiologists gave nitroglycerin prior to placing the stent, the blockages resolved, indicating the true diagnosis of coronary artery spasm. Angioplasty was deferred and all patients were successfully treated with medication.

“Our suspicion is that some patients receive stents unnecessarily since they are misdiagnosed as having fixed atherosclerotic blockage while the true culprit, coronary spasm, goes unrecognized,” said senior author Michael Savage, M.D., Director of the Jefferson Angioplasty Center and the Ralph J. Roberts Professor of Cardiology in the Sidney Kimmel Medical College at Thomas Jefferson University. “Cardiologists need to know that they could be overlooking coronary spasm and thus, over treating their patients with stents.”

Cardiovascular guidelines on cardiac catheterization and coronary intervention with stents go to great lengths emphasizing the importance of antiplatelet (blood thinning) medications to prevent blood clots in the stents. On the other hand, they fail to mention any role for intracoronary nitroglycerin during cardiac catheterization or before angioplasty with stenting.

“By simply administering nitroglycerin before the procedure, we can save patients from unnecessary risks related to stents such as blood clots and restenosis,” said Alec Vishnevsky, M.D., cardiology fellow and first author on the study. Coronary spasm can be treated with medications that dilate the blood vessels. Unless there is severe atherosclerotic disease, stents are generally not recommended since spasm can reappear in the artery upstream or downstream to where the stent is placed.

Dr. Savage and his team also noticed a trend among the six patients in the study. Most were younger than the average heart disease patient and had only a single vessel affected.

"Interventional cardiologists should be especially suspicious of coronary artery spasm when they encounter a patient under the age of 60 with disease isolated to a single vessel. We recommend that future guidelines include intracoronary nitroglycerin for these patients," he said.