Optimizing the timing of targeted therapies for melanoma reverses tumor growth, and resistance can be mitigated 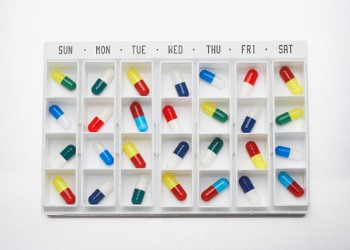 (PHILADELPHIA) -- Skin melanoma, a particularly insidious cancer, accounts for the vast majority skin cancer deaths and is one of the most common cancers in people under 30. Treatment for advanced melanoma has seen success with targeted therapies – drugs that interfere with division and growth of cancer cells by targeting key molecules – especially when multiple drugs are used in combination. While the combination of targeted therapies improves patient outcomes, any remaining cancer cells can lead to drug resistance. Recently research published in Cancer Discovery showed that changing the schedules of drug administration can improve outcomes leading to more complete responses in mouse models of the disease.

“We are looking to optimize the combinations of targeted therapies and the scheduling of those therapies so we can improve tumor shrinkage and minimize potential toxicities for a patient,” said Andrew Aplin, PhD, Associate Director for Basic Research and the Program Leader for Cancer Cell Biology and Signaling (CCBS) in the NCI-designated Sidney Kimmel Cancer Center at Jefferson Health.

Dr. Aplin and Jessica Teh, PhD, his senior postdoctoral researcher at Jefferson (Philadelphia University + Thomas Jefferson University), examined the effects of a combination of two FDA-approved targeted agents on human melanomas grafted onto mice. While one drug, MEK inhibitor, is usually used in advanced-stage melanoma, the other drug, CDK4/6 inhibitor, palbociclib, is currently FDA-approved for treatment of Estrogen Receptor-positive breast cancer patients. While MEK inhibitors are part of treatment protocols for melanoma, palbociclib is entering clinical trials for use in melanoma populations.

Exploring that result further, the researchers noticed that with continuous MEK inhibition, tumors were consistently smaller, with some shrinking to undetectable levels. Whereas continuous CDK4/6 inhibition showed some toxicity not observed on the other schedules. Thus, a combination of MEK inhibitor given continuously with intermittent CDK4/6 inhibitor was the most effective schedule in mice.

After initially responding to the optimized drug schedule, some tumors showed resistance and began growing back despite the presence of the drugs. However, the researchers uncovered several mechanisms leading to tumor resistance, giving them insight into which drugs could combat the resistant cancer.

“The surprising part was that the mechanisms of resistance all funneled through one signaling pathway, ultimately, but the way that they start is frequently different,” said Dr. Aplin. When that common pathway was blocked with a new drug, mTOR inhibitor, in addition to continuing the optimized therapies, resistance was effectively turned off, and the tumors resumed shrinking. Though it still has to be shown effective in humans with the disease, this paper provides a testable method of optimizing currently available drugs for melanoma treatment. Because these drugs have already passed FDA-safety tests, it could be available to patients on the order of a few years, rather than decades.

To that end, in collaboration with the University of Zurich and MD Anderson Cancer Center, the researchers tested melanoma tumor samples from human patients undergoing treatment with the same targeted therapies. The common pathway found in mouse models was also found in human tumors, suggesting that resistance could indeed be blocked in patients with the same drug as in mice.

Dr. Aplin credits support from the Sidney Kimmel Cancer Center as well as external support from the Melanoma Research Alliance with launching this ambitions project. “They supported us at the start of this project and without this grant, we wouldn’t have done this work,” Aplin says.

“Dr. Aplin's major research advance is part of a larger effort by the Sidney Kimmel Cancer Center to develop new strategies for treating melanoma.  Research teams focused on both cutaneous and uveal melanoma are fast-tracking discoveries into the clinical setting, and bringing novel therapeutic options to patients in the Philadelphia region”, said Dr. Knudsen, Director of the Sidney Kimmel Cancer Center.