An approved drug that blocks an integrated stress response shows promise in preliminary tests against ALS and frontotemporal dementia. 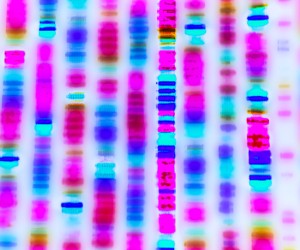 PHILADELPHIA – Patients with ALS frequently have a string of repeated DNA code in the cells of their brain, carrying hundreds to thousands of copies within the gene C9orf72. New research looks at what triggers these repeated sequences to eventually produce the toxic proteins that are associated with ALS, frontotemporal dementia, and other neurodegenerative diseases in patients carrying the C9orf72 mutation, the most common cause of inherited ALS. The work finds that neuronal excitation and stress trigger the protein production in cells, and reveals that targeting this stress response with a known drug could reduce toxic protein production.

“Understanding what triggers toxic proteins production helped us hone in on drugs that could block them in laboratory tests,” said co-senior author Aaron Haeusler, PhD, Assistant Professor of Neuroscience within the Vickie & Jack Farber Institute for Neuroscience and the Weinberg ALS Center at Jefferson (Philadelphia University + Thomas Jefferson University). The research was published in EMBO Molecular Medicine.

Through a collaboration with co-lead investigator Davide Trotti, PhD, and co-author Piera Pasinelli, PhD, who leads the Jefferson Weinberg ALS Center, Dr. Haeusler and colleagues tested what causes the repeat DNA sequences within C9orf72 to activate and produce toxic protein. Suspecting stressors as a possible trigger, the investigators tested a number of agents that cause neurons to turn on the stress responses. Indeed, many of these also initiated production of toxic protein. The researchers also showed that neuronal over-excitation, similar to what happens during a seizure, also triggered the protein production.

Once the integrated stress response is activated, it’s difficult to stop the production of these toxic proteins. But honing in on this over-arching cellular mechanism offered the researchers a glimpse into specific methods that might block the neuron-damaging response.

The drug trazodone, which is approved for the treatment of depression, is known to act on parts of the integrated stress response. So, the researchers tested the drug in their models of disease, and found that it could indeed block production of toxic protein in a cellular model that contained the repeat mutations.

“This is a significant step forward in our collaborative approach,” said Dr. Pasinelli. “Working together allowed us to speed up the research process getting from the identification of the “pathogenic stress” to testing a potentially useful drug. ALS is a complex and heterogeneous disease that needs this collaborative approach, with each lab contributing its own expertise, to fill the gaps and to put together this complex puzzle in a systematic and efficient way.”

The researchers are now expanding their research to screen for other molecules that might work better than the drug trazodone.