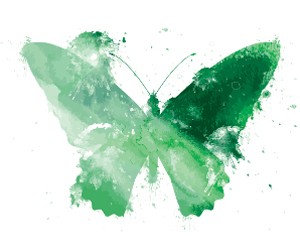 PHILADELPHIA – Children with the severe skin disease, recessive dystrophic epidermolysis bullosa (RDEB), also known as butterfly disease, often develop an aggressive and fatal skin cancer by early adulthood. Now an international team of scientists have identified a potential drug treatment for the lethal complication. The discovery paves the way for a clinical trial set to begin this year.

“We hope that the drug will be a cure for the cancer,” says Andrew South, PhD, an associate professor in the department of Dermatology and Cutaneous Biology, and researcher with the Sidney Kimmel Cancer Center – Jefferson Health. The findings published March 7 in the journal Clinical Cancer Research.

Patients with RDEB do not make enough of a protein that helps to hold layers of the skin together, making it incredibly delicate. The smallest touch can cause damage and lead to persistent blisters. In previous research, Dr. South and colleagues found chronic inflammation and scarring from these wounds spurs the development of a formidable cancer known as squamous cell carcinoma. Although many people develop this kind of skin cancer from sun exposure, when caught early, the disease is highly curable. In RDEB patients, however, the cancer is deadly, with a five-year survival rate close to zero.

In previous research, Dr. South and colleagues identified an enzyme involved in cell division called Polo-like Kinase 1 (PLK1) as a potential drug target for squamous cell carcinoma. As PLK1 is implicated in a number of cancers, many drugs that block the enzyme already exist. In the preclinical study, the researchers tested how well six anti-PLK1 compounds attacked the RDEB patients’ cancer. A drug called rigosertib stood out from the rest.

“Rigosertib was, by far, the best option,” says Dr. South. “It’s very good at killing cancer cells in models of the disease.”

The researchers isolated healthy and cancerous cells from 10 patients during routine diagnostic and surgical procedures. When the team treated the cancer cells with rigosertib, the cells died in all 10 cases.

“Sixty percent efficacy is something one might think about taking to the clinic, but 100 percent of the cells being responsive to the drug is something I’ve never seen before,” says Dr. South.

The drug also specifically targets the cancer cells, but leaves normal cells unharmed. “That was key to rigosertib becoming the lead molecule of the six we tested,” says Dr. South. Rigosertib was only capable of slowing the growth of healthy cells at much higher doses than required to kill the cancer cells, the scientists report, suggesting the drug might have lower risk of side effects for patients.

The researchers went on to show that rigosertib was very effective at treating the cancer in preclinical mouse models of the disease. Systemic delivery of the drug stopped the cancer’s growth and the tumor cells died. The finding is encouraging for the upcoming clinical trial.

“Epidermolysis bullosa patients’ cancers metastasize very rapidly, so a systemic drug should target all the cancer cells in the patient,” says Dr. South.

Still, Dr. South cautions that laboratory results do not always indicate a drug will work in people. “One goal of the upcoming trial is to figure out whether rigosertib can reduce the tumor burden in epidermolysis bullosa patients with cancer,” he says. “Any drug that can do that will improve the current standard of care.”

The clinical trial with rigosertib is on track to open this spring or summer. RDEB patients will be under the care of Bahar Dasgeb, MD, the principal investigator of the trial and an assistant professor of Dermatology, at Jefferson’s Adult EB clinic, one of the only clinics for this population in the US.

If it works as the data in the lab suggest, rigosertib will attack RDEB patients’ cancers without damaging healthy cells, even when administered systemically.

“Ultimately, that’s what you hope for with cancer therapies,” says Dr. South.

This work was supported by DEBRA International – funded by DEBRA UK and the Office of the Assistant Secretary of Defense for Health Affairs and the Defense Health Agency J9, Research and Development Directorate, through the Congressionally Directed Medical Research Program under Award No. (W81XWH-18-1-0382). Opinions, interpretations, conclusions and recommendations are those of the authors and are not necessarily endorsed by the Department of Defense. Investigators were also supported by the Sigrid Juse´lius Foundation, Orion Research Foundation, and the Finnish Society of Dermatology. We would like to thank all the patients who contributed to this study and the Shared Resource at the Sidney Kimmel Cancer Center – Jefferson Health, supported by the NCI, grant 5P30CA056036-17. The author have no conflicts of interest to report.