Gender Equity in Medicine Still a Work in Progress 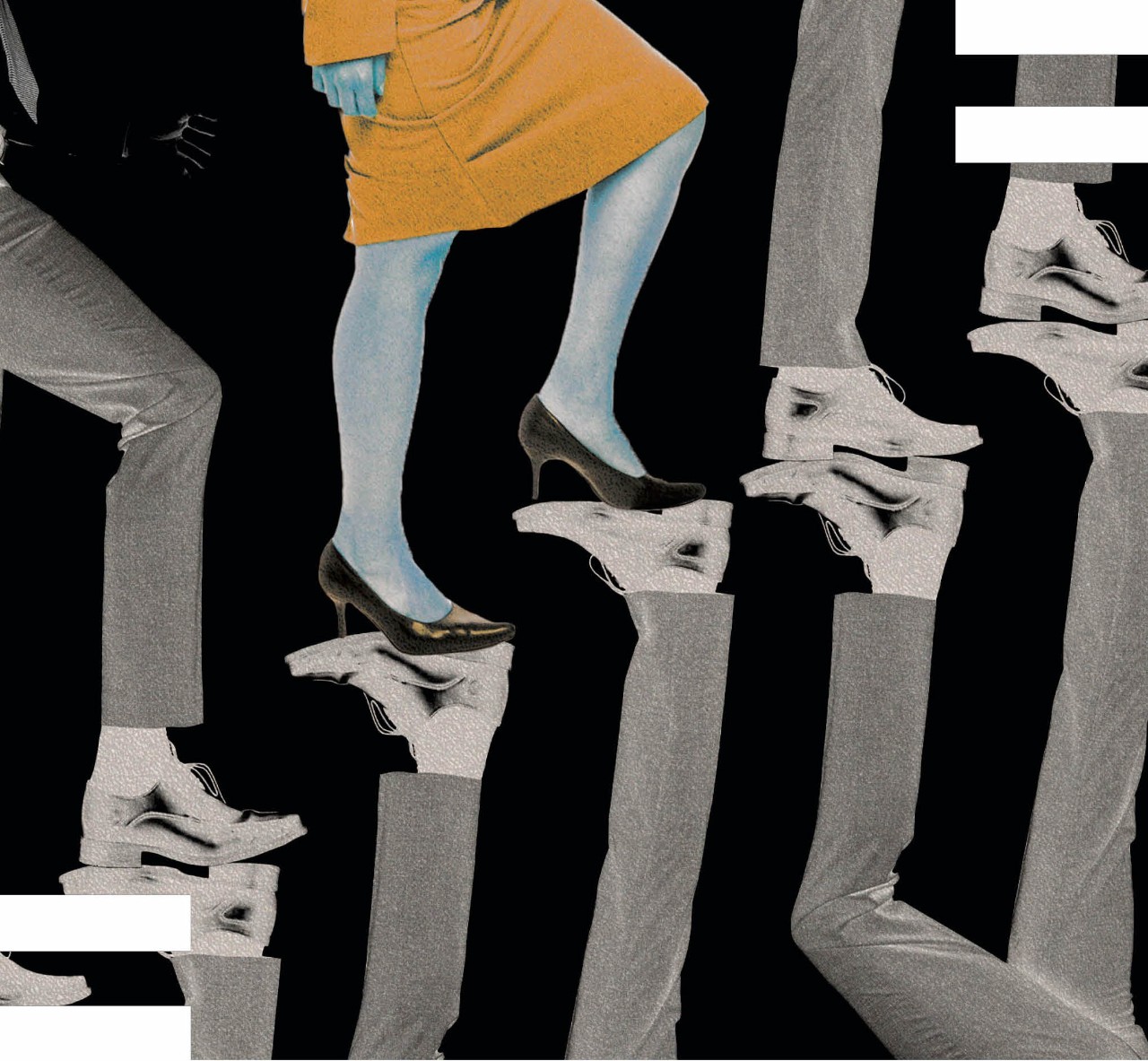 There’s good news: applicants to U.S. medical schools are now about evenly divided between women and men. That was reflected in the first-year class for the 2019–20 academic year at Sidney Kimmel Medical College, which was 50 percent female and 50 percent male.

“I think it’s refreshing to have a class that reflects the new culture of medicine, the way it is more split [by gender] and not male-dominated,” says Elyse Andrews, MD ’20, a resident in pediatrics at Nemours duPont Pediatrics at Thomas Jefferson University Hospital, Pennsylvania. “People thought that the problem would fix itself by having more women getting into medical school—that by women being present in the room, it would self-correct,” says Resa E. Lewiss, MD, professor of emergency medicine and director of ultrasound point-of-care. “There’s been a delay in understanding that there’s much more to the institution and structures of medicine.”

Recent research shows that gender inequities persist. A 2019 national survey of 7,409 general surgery residents (2,935 female) published in The New England Journal of Medicine found that 65 percent of the women had experienced gender discrimination and about 20 percent had been sexually harassed. Women in other medical specialties have reported being the targets of similar behaviors.

Such bias happens well beyond the training years. Dr. Lewiss co-authored a 2019 article in the Journal of Women’s Health that discussed how women physicians experience multiple inequities that marginalize them—lower salaries, less professional sponsorship by senior physicians, limited promotions, fewer speaking or publishing opportunities, plus bias related to pregnancy and child-rearing. As a result, she says, some women in medicine seem to become professionally invisible by mid-career.

Institutions are looking more closely at harmful disparities that affect people by gender as well as by race, national or ethnic origin, LGBTQ identity, religion, disability, and other traits. Some are acting to dispel the cultures that have condoned the status quo. In 2019, Jefferson signed a commitment to align with the core principles of TIME’S UP Healthcare, an organization formed to challenge sexual harassment and gender inequities in the healthcare workplace. At SKMC, programs and initiatives address discriminatory challenges that women and underrepresented minorities might face as medical students, trainees, or faculty. “We’ve been focused on diversity for over a decade,” says Karen Novielli, MD, vice dean for faculty affairs and professional development. The college has strengthened recruitment of faculty from underrepresented groups as well as hiring women for a wider range of specialties and senior leadership roles.

Gender-based inequities sometimes seem baked into medicine and society at large. Female physicians may experience discriminatory behaviors that get tacit approval from their colleagues. They don’t speak up because they believe it could hurt their careers.

Even micro-aggressions, such as dismissive remarks and gender-related jokes that aren’t funny, have a negative impact. Karyn L. Butler, MD, professor of surgery and director of surgical critical care, has attended many medical conferences and has witnessed such incidents.

“I’ve been at national meetings where inappropriate comments have been made at the podium, in front of a group of surgeons, and… there’s laughter,” she says. When the laughter goes unchallenged, “then there’s an affirmation that it’s okay to say that,” Butler adds. “If it’s not recognized and called out, there isn’t an opportunity for that behavior to change.”

Some women hesitate to speak out because they don’t know if they’ll have the support of their peers and leaders. After all, physicians are trained to work intensely hard, and endure challenging situations. Women don’t want to be labeled “too sensitive,” a description that can harm advancement. Many stay quiet, even as more women are speaking out about gender bias in other professional cultures.

Jefferson has a zero-tolerance policy on discrimination and harassment. All students, trainees, and faculty are encouraged to speak up and report such behavior. Information about how to get help is provided through educational workshops, training sessions, advisors, and the SKMC website. “I want to make sure that they have the courage and knowledge to bring it to our attention so we can act on that,” says Novielli.

Kelly Daniels, MD ’20, now a resident in Otolaryngology at the University of Pittsburgh Medical Center, served on the student-run Physician Executive Leadership organization, which focuses on issues that affect healthcare. She says they talked about the #MeToo movement and the attention it gave to sexual assault. She also attended discussions on sexual harassment sponsored by Jeff SOAR (Students Organized Against Rape), in which alumni talked about their experiences in medical school or residency. “We as students couldn’t imagine [such things] taking place,” she says. “I remember being very moved by those conversations.”

According to Daniels, both her female and male peers at SKMC help each other when one of them has a difficult interaction related to gender bias or something else. Those experiences are infrequent, she says, but “the support is across the board, which I think is really a positive reflection on people entering the field.”

Jefferson was the last U.S. medical school to admit women. That happened in 1961, when the first-year class had nine women (5 percent of total enrollment) and 167 men. The gender disparity lessened gradually over decades.

Today, SKMC programs aim to increase diversity and understanding in physicians and medicine, to create a profession with less bias and more balance. The Student Leadership Forum (SLF) presents conversations on nonclinical issues in medicine to develop students who show the potential to become medical leaders. SLF students meet with Mark Tykocinski, MD, provost and executive vice president for academic affairs at Thomas Jefferson University and the Anthony F. and Gertrude M. DePalma Dean of SKMC. Each year, about 80 students apply to join SLF and 18 are selected. Members are about evenly split between women and men. “We pick students with diverse leadership in the arts, business, and health,” says Susan Rosenthal, MD, associate dean of student affairs and career counseling at SKMC. “They bring their experiences in all fields to the group, which makes for lively discussions.”

For Andrews, who played on a Division I lacrosse team and helped run a charity in college, being in SLF supported her future goals. She joined because she wanted to find out, “as a female, what are things that I can improve on to distinguish myself and get into leadership roles as I [continue] in my career?”

SKMC’s chapter of the American Medical Women’s Association (AMWA) provides professional and personal support to students through mentorships and seminars. Novielli, the group’s faculty advisor, talks with members about how to report harassment or discrimination. She encourages female students to think about choosing specialties that women have historically not entered. Novielli says unconscious bias from faculty, families, and society may steer women into supposedly more “family-friendly” specialties, which often pay less.

Daniels went happily into surgery, a field that women are often steered away from. “What really helped me decide on it was that the faculty and mentors I found in head and neck surgery at Jefferson never made me feel like I was anything lesser because I was a female,” she says.

While the SKMC student population is nearly equal by gender, the faculty snapshot looks different. Only 19 percent of current department chairs are women. Among full-time faculty, 40 percent are women, compared to 31 percent in 2010.

It took until 2002 for the first female chair to be named in a clinical department; Vijay M. Rao, MD (radiology). That followed the 2002 appointment of the first woman chair in basic sciences, Marion J. Siegman, PhD (physiology). Leah M. Lowenstein, MD, became the first woman dean of JMC (now SKMC) in 1982 and served 18 months before leaving due to illness. Lowenstein, who died in 1984, was the first female dean of any U.S. medical school that admitted both women and men.

“When you survey women, most want to ascend to be leaders,” says Lewiss. Yet, even today, assumptions are sometimes made that women, especially those with families, aren’t interested in advancing. When women aren’t considered for higher-level posts, they can lose professional visibility, which also keeps many inequalities in place. “If we get more women in positions of leadership, that can change,” Lewiss says.

SKMC supports the growth of early-career female faculty by sending them to professional development conferences held by the Association of American Medical Colleges (AAMC). Mid-career faculty participate in the Jefferson Leadership Academy, to gain skills for further success. Women at the associate or full professor level may attend the national Executive Leadership in Academic Medicine® (ELAM) program, which trains participants to become senior leaders at academic health centers.

Across the U.S., female physicians at all levels may face the long-standing problem of pay inequity compared to male physicians. Even in high-level positions, their salaries lag behind men’s. A JAMA Internal Medicine study published online in 2020 found that, after adjusting for multiple factors, male department chairs in academic medicine were paid significantly more than their female peers, even when all had served in their posts for more than 10 years.

SKMC initiatives are addressing unequal pay and promotions. A new compensation plan is built on a formula rather than on subjective opinion. “That was really important from an equity perspective,” Novielli says. In 2021, a system for appointments and promotions will begin. It will make job review feedback more systematic by looking at milestones that must be achieved. According to Novielli, the new system is designed to help level the playing field for promotion.

Some women also are in minority groups that are underrepresented in the physician workforce. This intersectionality can make it even more complicated for them to navigate disparities and bias.

Messages about who belongs in medicine still infuse the culture. Walking through their institution’s hallways, women may see only portraits of white men. They might attend meetings where nearly everyone is male and conferences that have “manels” instead of panels with diverse members. Those things drive home what, in many environments, continues to define the profession.

“For me, as an African American woman, it’s tough sometimes to understand whether discrimination is gender or ethnicity, or both,” says Butler. “In some ways, does it matter? I don’t think so. All of this becomes based on a need to develop tolerance.”

The benefits of seeing and valuing everyone in medicine are clear. “When I was a resident, we didn’t have transgender residents. If they did exist, no one knew,” Butler says. “We have to be intentional, thoughtful, mindful about the need for tolerance, and have an appreciation of diversity. Because that’s the foundation to address these inequities.”

Much work still needs to be done. Changing medicine’s traditional view of what a physician looks and acts like will improve the profession for doctors and for their patients.

Visibility will make a critical difference, for women as well as those who identify as transgender or non-binary. “Jefferson is taking the steps to educate everyone across our hospitals and universities, and develop the necessary skills for providing inclusive and affirming healthcare to people of all genders and sexualities,” said Dr. Jaymie Campbell Orphanidys, director of Diversity, Equity, and Inclusion Education at Jefferson.

Women students who were recently on the residency interview circuit had a glimpse of the changing world of academic medicine. “I’m going into a very non-diverse field and it is very white male-dominated,” Daniels says. “The people I talked with said, ‘This is not what we want our department to look like.’”

She believes that because diversity and inclusion stir passion from students, departmental interviewers make a point to mention those issues in their discussions with applicants.