World War II: An Exclusive Look at Jefferson’s Innovation and Impact on History

During the American Civil War, Jefferson provided more physicians to both sides of the war than any other medical school. In World War II that tradition of service continued and included nursing graduates and faculty. This talk explores Jefferson’s role in World War II, innovations discovered by Jeffersonians, and interesting personal anecdotes from alumni and their families about brushes with history and their service to our country.

This talk is periodically held in-person at event venues around the country and is available for viewing on the Thomas Jefferson Alumni YouTube channel through the link provided below. Code Blue! The first ambulance corps. The Heart-Lung Machine. Conquering Yellow Fever. The discovery of REM sleep. Since 1824, alumni and faculty of Jefferson, as pioneering clinicians, educators and scientists, have pushed the boundaries of healing and discovery to revolutionize medical care. This talk focuses on Jefferson's historical role as a leader and innovator in medical advances from the patient's bedside to the development of new technology to improving healthcare delivery. Caregiving Under Fire: Jefferson and the Vietnam War

How hard was it to provide care in a war without boundaries? How did tropical diseases impact the American soldiers? What were the medical challenges of the war? How did Americans care for the health of Vietnamese civilians? What did individual alumni learn from their experience? This talk focuses on Jefferson’s historical role as a leader in health care delivery. The stories that alumni tell about their service shine a light on the experiences of the thousands of military caregivers and add another chapter to Jefferson’s legacy of clinical excellence. What leads a person to endure extreme personal risk to protect the lives of others? After returning to Philadelphia from Paris following his service in WWI, Sumner Jackson, MD 1914 practiced urological surgery at Jefferson. Missing life in France, he and his wife returned to Paris where he accepted a post at the American Hospital. When the Germans invaded France in 1940, Dr. Jackson could have returned to the U.S. to practice. Instead he took a more dangerous path and became part of the French Resistance, helping Allied fliers downed by the Germans and falsifying records to hide them at the hospital while the Resistance facilitated their escapes. Dr. Jackson’s devotion to his patients and society compelled him to risk everything for a cause beyond himself. This talk recounts Dr. Jackson’s life of courage and service. Learn first-hand about his personal journey, and that of his wife, Toquette and son, Phillip, through family photographs and letters provided to Jefferson by his granddaughter, Loraine. From Probationer to Doctorate: 125 Years of Nursing at Jefferson

In 2016, Jefferson celebrated the 125th Anniversary of Nursing. This online program highlights the history of Jefferson Nursing – past, present and future, featuring University Archivist Michael Angelo and Former Dean of the College of Nursing Beth Ann Swan, PhD, CRNP, FAAN.

This Talk is available for viewing on the Thomas Jefferson Alumni YouTube channel through the link provided below. 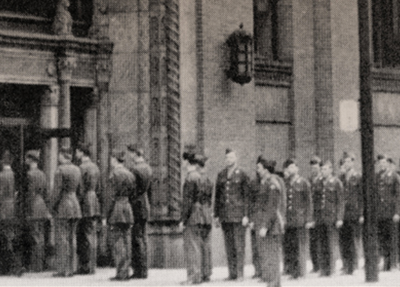 World War II: An Exclusive Look at Jefferson’s Innovation and Impact on History 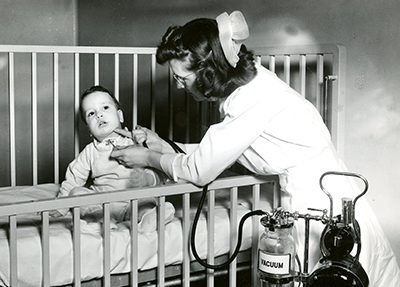 From Probationer to Doctorate: 125 Years of Nursing at Jefferson
View All Past Online Talks