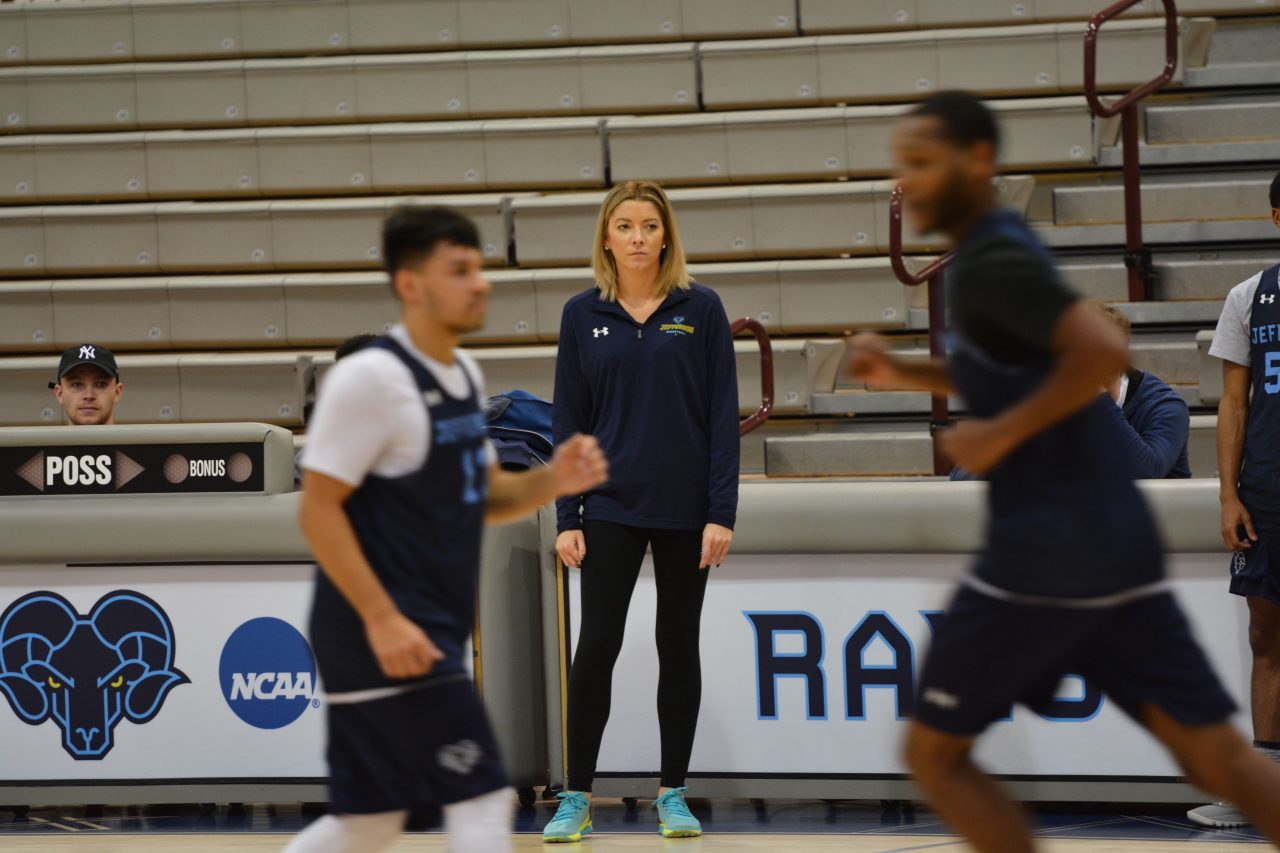 Stephanie Carideo, the new assistant men’s basketball coach, fondly calls the University her second home. As a decorated player for the Rams, she helped lead the women’s squad to the Central Atlantic Collegiate Conference (CACC) Championship in the 2008-09 season, made the All-CACC Team twice, and finished her collegiate career with over 1,000 points, 400 rebounds, 400 assists and 200 steals.

“Working under Naismith Hall of Fame Coach Herb Magee is a privilege,” said Carideo, who earned her B.S. in psychology in 2011 and innovation MBA in 2012. “As a player, I have always had the utmost respect for Coach and the program that he has created. Now as a coach myself, I’m looking forward to learning from him and assisting in any way I can to help achieve the ultimate goals of winning the CACC and making a run for the NCCA Championship.”

The former point guard most recently served as the women’s basketball head coach at Division III Penn State University’s Abington campus for two seasons. She went 5-16 in her first season there to setting a program record for wins going 22-5 in 2014-15 and being named the North Eastern Athletic Conference (NEAC) Coach of the Year and the Nittany Lions’ Jim McGettigan Coach of the Year. It also marked the first time the PSU Abington women’s basketball program made the NEAC playoffs, hosted a postseason game, won the conference championship and went to the NCAA Tournament.

In making the move to the Rams, Carideo enters a small active female contingency to break into men’s basketball coaching staffs, with the likes of Edniesha Curry of Division I University of Maine and Becky Hammon of the NBA’s San Antonio Spurs. At Jefferson (Philadelphia University + Thomas Jefferson University), she joins Kay Magee, director of men’s basketball operations. “There’s a great deal of significance being one of the few female assistants in men’s sports,” Carideo said. “But one of the reasons I decided to make this transition to the men’s side is because I feel it can be the ‘norm’ just as it is with men coaching women. I admire Coach Magee for not looking at me as a female but as a coach qualified for the position.”

Magee, who has 1,076 career wins, knew Carideo from her time as a player and they had kept in touch over the years. When an opening popped up during this preseason, Magee invited her to the early practices.

“She did a terrific job, and the players and coaches took to her right away,” he said, noting her gender played zero role in the hiring. “I wouldn’t have done it for that reason. I did it because I’ve known her for a long time, and after watching her in the workouts with the players, it became clear she would fit right in coaching men. She’s just a terrific young woman who knows the game and can teach. What more do you want if you’re the head coach?”

Last season, Jefferson went 13-6 in conference play during the regular season to grab the No. 2 seed in the CACC South. After winning the CACC Tournament, the Rams earned the No. 8 seed in the NCAA East Region Tournament where they lost to No. 1-seeded Le Moyne. This marked the 36th NCAA appearance for the program and No. 30 for Magee. The team landed at No. 1 in the CACC South Division Preseason Coaches Poll this season, with the home opener on Saturday, Nov. 17 against Saint Anselm.

“A youthful, fresh look at the program can only help the team as it looks to defend its CACC Championship,” said Tom Shirley, assistant vice president of athletics and head women’s basketball coach at Jefferson. “The game of basketball is not about gender; it’s about intelligence, perspective and relating to young student-athletes.”

Junior small forward/center Josh Bradanese said Carideo is usually the first person to give him a pep talk if he misses a few shots during practice. 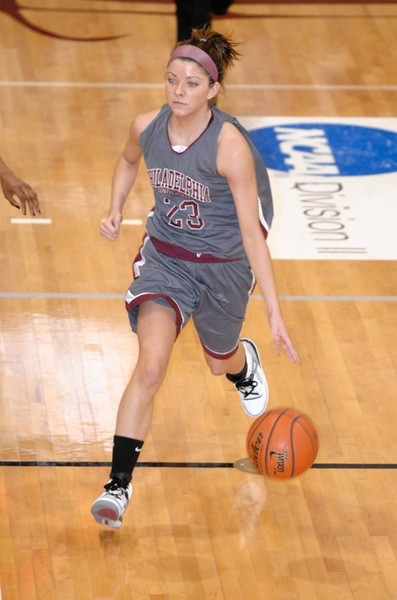 “She’s a ball of energy,” said Bradanese, an accounting student. “If I get down on myself, she will come right up and tell me, ‘You’re a good shooter. Don’t stop. Don’t get down on yourself.’ Coach Steph is just a big help with my gameplay.”

Being coached by a woman is a non-issue, he added. “I don’t even think about it. We all respect her.”

Junior point guard Kylan Guerra agreed. The business management major said she meshes perfectly with the team dynamic and the Rams already have benefited from her expertise.

“I feel the young men in our program want to be great and value my knowledge and passion for the game,” Carideo said. “They don’t have time to think of gender. That’s the norm I hope to continue to create.”