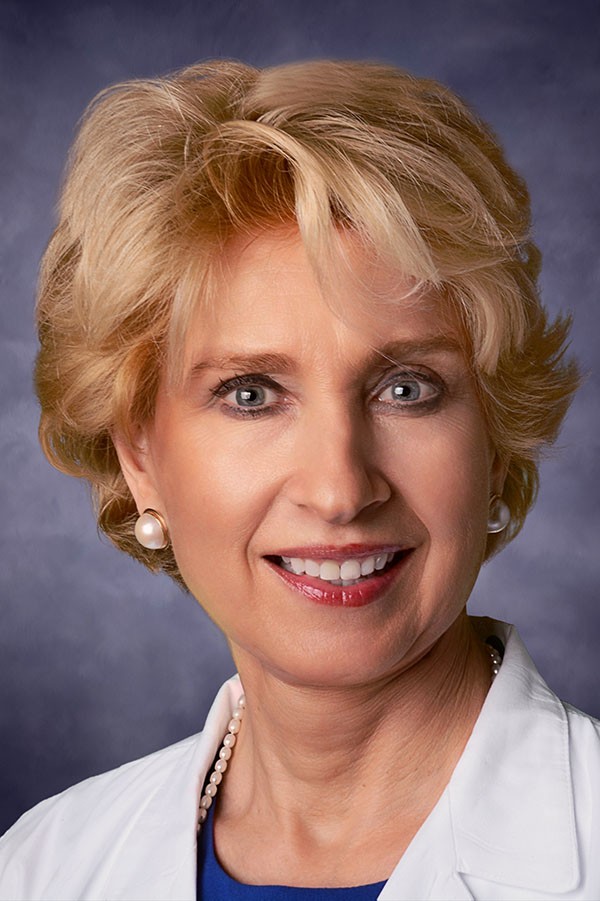 PHILADELPHIA — Julia A. Haller, MD, Professor and Chair of the Department of Ophthalmology at Sidney Kimmel Medical College at Thomas Jefferson University and Ophthalmologist-in-Chief and William Tasman, MD Endowed Chair at Wills Eye Hospital was elected to the National Academy of Medicine. Election to the Academy is considered one of the highest honors in the fields of health and medicine and recognizes individuals who have demonstrated outstanding professional achievement and commitment to service.

Dr. Haller was elected for “innovating translational advances against blindness on many fronts, including sustained drug delivery devices, ocular pharmacotherapy, retinal “chip” implants, gene therapy, telemedicine, and combating health care disparities,” according to The Academy. She is the fourth faculty member in Jefferson’s history to be elected, and the first female. She is among 100 new US and international members elected by their peers.

“Dr. Haller is a trailblazer and her contributions to the field of ophthalmology have transformed research and care,” said Mark Tykocinski MD, Provost and Executive Vice President for Academic Affairs at Thomas Jefferson University and the Anthony F. and Gertrude M. DePalma Dean,

Dr. Haller is a surgeon-scientist, innovator, and leader who continues to play a key role in top translational advances in ophthalmology. She was educated at the Bryn Mawr School in Baltimore, Princeton University and Harvard Medical School. She completed her residency in ophthalmology at the Wilmer Eye Institute at Johns Hopkins, where she served as Wilmer’s first female Chief Resident. Joining the faculty thereafter, she was named the inaugural Katharine Graham Professor of Ophthalmology in 2002 and the inaugural Robert Bond Welch, M.D. Professor of Ophthalmology in 2006. In 2007, Dr. Haller assumed leadership of Wills Eye Hospital and joined the faculty at Jefferson.

“It is a great honor to join this distinguished group of eminent physicians and scientists. I look forward to working with them to improve the future of medicine and health,” said Dr. Haller.

One of the world’s most renowned retina surgeons, Dr. Haller has published over 350 scientific articles and book chapters, and is the first woman to head a top 3 US eye hospital. She has a career-long record of collaboration, innovation, and leadership.

Jefferson, located in the greater Philadelphia region and southern New Jersey, is reimagining health care and education to create unparalleled value. Jefferson is 30,000 people strong, dedicated to providing the highest-quality, compassionate clinical care for patients, preparing tomorrow’s professional leaders for 21st century careers, and discovering new treatments to define the future of care.  Thomas Jefferson University, home of the Sidney Kimmel Medical College, dates back to 1824 and today comprises 10 colleges and three schools offering 160 undergraduate programs and more than 7,800 students. Jefferson Health serves patients through millions of encounters each year at 14 hospitals and over 40 outpatient and urgent care locations throughout the region.

About Wills Eye Hospital
Wills Eye Hospital is a global leader in ophthalmology, established in 1832 as the nation’s first hospital specializing in eye care. U.S. News & World Report consistently ranks Wills Eye as one of America’s top ophthalmology centers since the survey began and has the most nationally ranked ophthalmologists in the country. Wills Eye is a premier training site for all levels of medical education. The hospital's educational program has been named #1 residency training program in the United States by Doximity.com. Its resident and post-graduate training programs are among the most competitive in the country. One of the core strengths of Wills is the close connection between innovative research and advanced patient care. Wills provides the full range of primary and subspecialty eye care for improving and preserving sight, including cataract, cornea, retina, emergency care, glaucoma, neuro-ophthalmology, ocular oncology, oculoplastics, pathology, pediatric ophthalmology and ocular genetics, and refractive surgery. Ocular Services include the Wills Laser Correction Center, Low Vision Service, and Diagnostic Center. Its 24/7 Emergency Service is the only one of its kind in the region. Wills Eye also has a network of seven multi-specialty, ambulatory surgery centers throughout the Tri-state area.