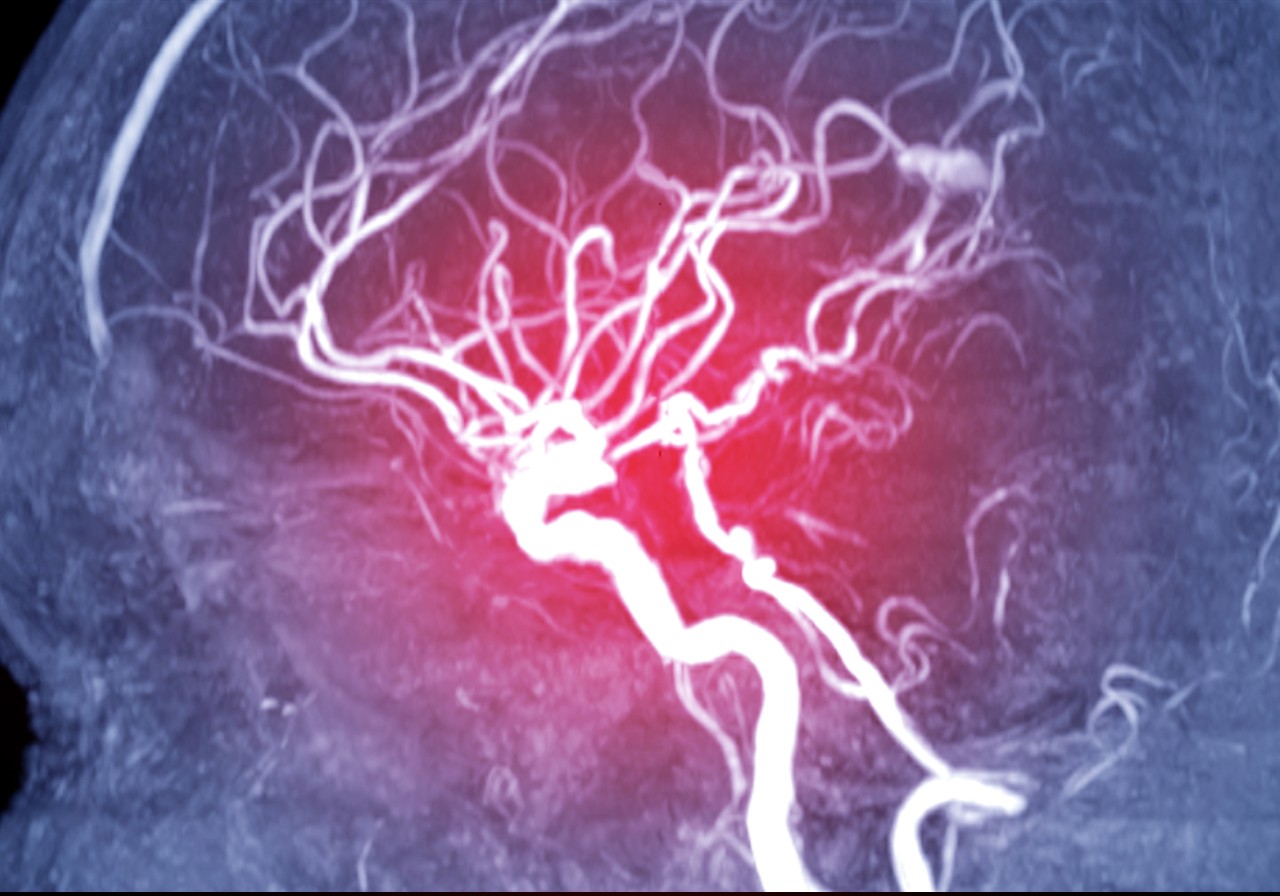 A new study identifies patients more likely to have underlying lesions from brain-bleeds, a finding that could help doctors treat the condition more rapidly.

PHILADELPHIA – When blood vessels in the brain rupture, or hemorrhage, and cause a stroke, large areas of the brain can be permanently damaged. Depending on the cause, some brain hemorrhages may hide underlying lesions that can be treated with surgery, embolization, radiation, or other treatments. Using MRI scans of patients diagnosed with intracerebral hemorrhage, clinical researchers at Jefferson have teased apart the groups most likely to have a treatable underlying condition.

The findings, published May 31 in the Journal of Neurosurgery, will help physicians determine which patients to send for immediate MRI and surgical treatment, and which should be treated with supportive care.

“Intracerebral hemorrhage can be highly disabling and every attempt should be made to treat underlying lesions to prevent rebleeding” says neurosurgeon and senior author Pascal Jabbour, MD Professor of Neurological Surgery and the Chief of the Division of Neurovascular and Endovascular Neurosurgery at the Sidney Kimmel Medical College at Thomas Jefferson University. “This study helps identify patients who have brain hemorrhages that are suspicious for underlying lesions and who should absolutely receive an MRI.”

Together with first author and Neurosurgery Chief Resident Nohra Chalouhi, MD, the research team reviewed the records of 400 patients diagnosed with intracerebral hemorrhage at Jefferson. The researchers found that as many as 12.5 percent of patients carried underlying brain lesions, and further characterized the demographics of those patients so that physicians could rapidly identify suspicious hemorrhages.

They found that there was a clear demarcation of the types of hemorrhages. When bleeding occurred deep in the basal ganglia, only 5 percent of patients had treatable underlying lesions on MRI. When the bleeds occurred in the brainstem or on the outer surface of the brain, on the other hand, the chance of finding a lesion rose dramatically to 15-30 percent. Patients were also remarkably more likely to harbor lesions if they didn’t also have hypertension.

The researchers also looked as age as a variable. “Patients over the age of 85 were very unlikely to have a treatable lesion,” says Dr. Chalouhi. “Whereas in a patient who was younger than 50, the likelihood of finding a structural lesion as a cause of the hemorrhage was 37 percent.”

The study found a large spectrum of lesions causing these hemorrhages. The most common of these were arteriovenous malformations, cavernous malformations, and brain tumors. Other causes included brain aneurysms, venous clots, and even brain abscesses or infections. These lesions were successfully treated at Jefferson Hospital for Neuroscience.

“For the first time, we have an algorithm for identifying patients with suspicious brain hemorrhages to undergo further testing and treatment,” says Dr. Jabbour.

The authors report no external funding for this study, and no conflicts of interest.