Powering Down in an Inherited form of Parkinson’s 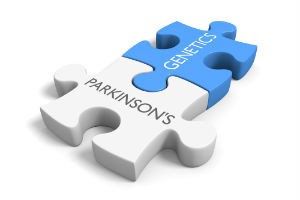 PHILADELPHIA -- Parkinson’s disease is a neurodegenerative disorder caused by the loss of neurons that produce dopamine. Hui Zhang’s research group at the Vickie & Jack Farber Institute for Neuroscience at Thomas Jefferson University is trying to understand how dopamine levels are affected by PINK1, a gene mutated in many cases of early-onset, inherited Parkinson’s.

PINK1 is a protein kinase that is located on mitochondria. It is thought protect against mitochondrial dysfunction, which has long been linked to Parkinson’s disease. But many questions remain as to whether and how PINK1 affects mitochondrial function and/or dopamine levels.

In this study, first author Lianteng Zhi and colleagues used a series of experiments to measure dopamine levels and mitochondrial function in brain slices collected from mice lacking the PINK1 gene. The findings were published in Neurobiology of Aging.