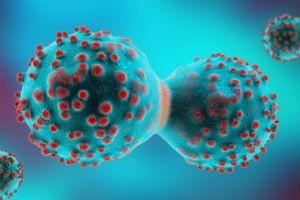 PHILADELPHIA – Pancreatic cancer is one of the deadliest cancers, with patients surviving on average less than a year once the disease has spread. There is an urgent need to evaluate more therapeutic targets. The chemotherapeutic agent abemaciclib is effective in treating breast cancer, but there is limited preclinical evaluation of this targeted therapy in treating pancreatic cancer. New research from Sidney Kimmel Cancer Center – Jefferson Health (SKCC) provides evidence supporting the use of abemaciclib for pancreatic cancer, and suggests new targets that could improve the efficacy of the drug and break a common problem of drug resistance in this disease. The study was published in Molecular Cancer Research on August 5.

“We don’t know how abemaciclib would work in pancreatic cancer and how its effects might be improved by combining it with other drugs. That was the goal of this study” says senior author Jonathan Brody, PhD, professor and director of research in the department of surgery at Thomas Jefferson University, co-leader of the Gastrointestinal Cancer Program at SKCC.

To study how the drug works, the researchers assessed the effects of abemaciclib in cell lines derived from pancreatic ductal adenocarcinoma. They found that the drug caused cell death and stopped cell growth. These effects translated into decreased tumor growth in mice that received the drug compared to those that received control saline injections. Abemaciclib targets enzymes that regulate cell division. However, these enzymes only work if they are paired with another group of enzymes.

“We proposed that targeting both groups of enzymes by pairing abemaciclib with another drug might yield synergistic anti-cancer effects,” explains Christopher Schultz, PhD candidate at Thomas Jefferson University, who along with Dr. Teena Dhir, a surgical resident at Einstein Medical Center, were the co-lead authors of the study. In fact, current standard of care for pancreatic care often uses several chemotherapeutics in combination with each other. The team screened for possible therapeutic candidates to use in tandem with abemaciclib and found that inhibitors of two proteins called HuR and YAP1, showed synergistic inhibition of cancer growth. They confirmed this by treating cells with either abemaciclib alone or abemaciclib plus other potential anti-cancer agents, an HuR or YAP1 inhibitor, and found that the combination treatment was 2-4 times more effective at inhibiting cell viability.

A significant problem in treating cancer is drug resistance, meaning cancer cells become less sensitive to chemotherapeutics after long-term exposure. The researchers treated cell lines with abemaciclib for 10-12 months, mimicking chronic therapy, at which point the cells were four times more resistant to abemaciclib. When the cells were then exposed to common therapeutic agents like gemcitabine, they did not respond to the therapy. However, the abemaciclib-resistant cells were still sensitive to HuR or YAP1 inhibitors.

These findings provide further characterization of abemaciclib, and informs future clinical trials to evaluate this drug in patients. Moreover, the study is the first to show synergy between abemaciclib and HuR/Yap1 inhibitors in vitro. Further research of this combination therapy in vivo is underway.

“There are HuR and YAP1 inhibitors that have been shown to work in vivo, but they’re not clinically available yet,” says Dr. Brody, “We are working on developing a HuR inhibitor that will hopefully be used for clinical trials at Jefferson.”

“The outstanding work from Dr. Brody and team underscores the Sidney Kimmel Cancer Center’s commitment toward advancing scientific discoveries that can be translated into the clinical setting, offering a better treatment option for patients with pancreatic cancer, which is much-needed for this often deadly disease.,” said Wm. Kevin Kelly, DO, Director of Solid Tumor Oncology and Associate Director of Clinical Research at SKCC. “These findings may help design new combination of targeted therapies for pancreatic cancer, which will help overcome drug resistance in these tumor.”

This study was performed with grant support from the Newell Devalpine Foundation, 1R01CA212600-01 and T32 training grant NIH/NIGMS T32GM008562. This study was not funded by Eli Lilly and Company. The authors report no conflicts of interest.