The “Inflammation” of Opioid Use 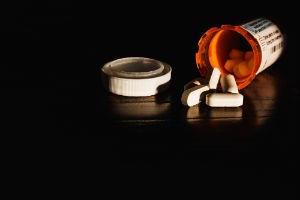 Opioid dependence has become a national crisis with serious impact on economic and social welfare, and numerous casualties. A big goal of ongoing research in combating opioid use disorder is understanding drug withdrawal. The physical and emotional symptoms of withdrawal can be life threatening and make up a powerfully negative experience; the fear of these symptoms strongly motivates addiction.

Researchers in the lab of James Schwaber at the Daniel Baugh Institute for Functional Genomics and Computational Biology at Thomas Jefferson University are studying how inflammation contributes to drug withdrawal and dependence. Their study was published in Frontiers of Neuroscience on July 3rd.

The researchers including first author Sean O’Sullivan in Dr. Schwaber’s lab isolated single neurons, microglia, and astrocytes from the central amygdala and studied their genetic profiles in normal, opioid-dependent, and withdrawn rats. They were surprised to find that the profile of astrocytes changed the most, shifting genetic expression to a more activated state. This shift correlated strongly with opioid withdrawal. Furthermore, all three cell types showed a considerable increase in an inflammatory cytokine called TNF alpha in withdrawn animals.

In addition, the researchers also assayed different types of bacteria in the gut of rats and found that certain anti-inflammatory bacteria were suppressed in withdrawn animals, shifting the ratio of gut microbiota and causing a phenomenon called dysbiosis, which can cause inflammation in the digestive system. It is unclear how these changes influence opioid withdrawal, but the authors propose that the simultaneous inflammation in the gut and central amygdala may be linked to the negative emotional experience of withdrawal.