A New Coronavirus Vaccine Designed to Meet a Global Demand 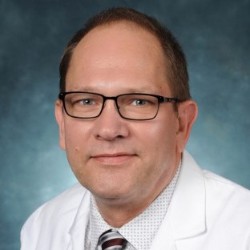 PHILADELPHIA, April 7, 2020—Any new coronavirus vaccine that works well and is safe will still have the daunting challenge of needing to be produced to scale in a very short amount of time. It will also have to be safely delivered into the hands of the most remote populations. The more complex and untested the vaccine approach, the more difficult it will be to both scale its production and deliver it around the world.

By building upon on an existing safe and effective vaccine, one with already well-established and currently active manufacturing hubs, one which could be made to store on the shelf until it’s reconstituted with water, researchers at the Jefferson Vaccine Center at Thomas Jefferson University have a COVID-19 vaccine candidate that could cover a global need.

“Our vaccine candidate, CORAVAX™, is made from part of the current coronavirus and that is combined with another proven vaccine that serves as a carrier of sorts,” says Matthias Schnell, PhD, Director of the Jefferson Vaccine Center. “The benefit is that the ‘carrier’ vaccine has already been rigorously tested and shown to be safe and effective. There are manufacturing plants around the world already running and with the technological know-how to produce large quantities of that vaccine. We can leverage that efficiency and safety record.”

“This pandemic is likely to reach every corner of our planet,” says Mark Tykocinski, MD, Provost and Executive Vice President for Academic Affairs of Thomas Jefferson University, and Dean of its Sidney Kimmel Medical College. “That is an unprecedented scale. We need a vaccine that’s not only safe and effective, but also one that can be made to scale and in a way that can get to potentially all the world’s population . CORAVAX™ has that potential.”

CORAVAX™ is a vaccine made from a portion of the SARS-COV-2, the virus that causes COVID-19 disease. Rather than use the entire virus, Dr. Schnell and colleagues use only part of it, the spike protein, a component that is most likely to generate a protective immune response.

Many vaccines today are prepared by using another vaccine as a ‘carrier’ for the virus of interest. In the case of the CORAVAX™ vaccine, that carrier is a killed rabies vaccine that has the spike portion of the SARS-COV-2 virus as an added component, essentially one vaccine “piggybacked” onto another. When vaccinated, a person would develop antibodies against both rabies and the coronavirus spike protein.

The benefit of using rabies as a ‘carrier’ vaccine is speed, says Dr. Schnell. “There are already at least 20 manufacturing facilities around the world churning out some 100 million doses a year of the rabies vaccine.  They have the means and know-how to produce this vaccine already. We’re adding one small component.” It’s also relatively low-cost production, which is important for a vaccine that may need to be available to billions.

“Novelty is not your friend when you need vaccine in real time,” says Dr. Tykocinski. “We have to develop a vaccine with the best promise of making it all the way to large-scale production. The stakes are just too high to bet on something that might fail in the late stages of development, or that can’t be made in quantity.”

In addition, some vaccines require minus 80 degree centigrade freezer storage, limiting their use in remote areas. By contrast, the rabies vaccine can be produced in a shelf-stable, dehydrated form that is easy to reconstitute anywhere.

“We’ve already begun safety testing of the CORAVAX™ vaccine in animals. And we know that the rabies vaccine has an excellent safety profile,” says Dr. Schnell. “That vaccine is safe in children, pregnant women, across diverse populations, and often generates life-long protection.”

In another encouraging sign, Dr. Schnell’s group previously demonstrated safety with a rabies vaccine for other coronaviruses that are highly similar to SARS-CoV-2. The group’s vaccines for the coronaviruses that caused the 2003 SARS and the 2012 MERS epidemics was proven safe and effective in animal models of those diseases.

Jefferson is already in discussions with a large vaccine manufacturer about a potential partnership. The next steps are to complete animal tests and move into phase I clinical trials for safety in people.