Jefferson (Philadelphia University + Thomas Jefferson University) and the University of Pittsburgh opened Arlen Specter’s senatorial papers to the public in an Oct. 19 ceremony attended by University leadership, faculty, staff and students, as well as the late senator’s family. The notable collection documents major legislation and political activities during his 30-year tenure as Pennsylvania’s longest-serving senator.

Specter’s years in Congress were marked with memorable and influential events, including his work on the Senate Judiciary Committee regarding the Supreme Court nominations of Robert Bork in 1987 and Clarence Thomas in 1991. He also held a front row seat to many other defining political moments, such as President Bill Clinton’s impeachment trial, the decision to pursue action against Iraq and the passage of the Affordable Care Act in 2009.

“The collection is a treasure trove of inside information concerning some of the most important events in American history during the last 30 years,” said Evan Laine, director of Jefferson’s law and society program and faculty director of the Arlen Specter Center for Public Service. “Specter was influential in almost every important issue faced by this country and access to his collection is a window into the making and forming of American history and policy.”

Specter donated the archive, which included some 1,400 boxes of papers, photos and memorabilia, to Philadelphia University, now Jefferson, in late 2010. After his death in 2012, Philadelphia University partnered with the University of Pittsburgh—whose staff has considerable expertise in managing large political collections—to organize, process, digitize and store the collection. The 30-year agreement between the two universities advances the preservation of and access to the collection.

“It has been a strong, productive, fun, engaging partnership,” said Edward Galloway, associate university librarian for archives and special collections at the University of Pittsburgh. “We’ve worked together so well.”

Led by Stan Gorski, director of Jefferson’s Gutman Library, and Ashley Laine Taylor, archivist at the University of Pittsburgh, the congressional papers were prepared for research use, culminating in the creation of a website, collection finding aids and the digitization of the senator’s press releases and speeches. Selected material accessible on the website includes photographs and documents illustrating his involvement in topical areas of impact, including Supreme Court nominations, campaign finance reform, healthcare, the Clinton impeachment, foreign relations, immigration, LGBTQ+ rights and criminal justice reform.

Researchers already have recognized the collection as an invaluable resource regarding government and political history during Specter’s tenure. In November 2017, the Arlen Specter Center awarded four research fellowships, funded by Shanin Specter, prominent Philadelphia trial attorney and son of Arlen Specter, who attended the ceremony with Joan Specter, the late senator’s wife. 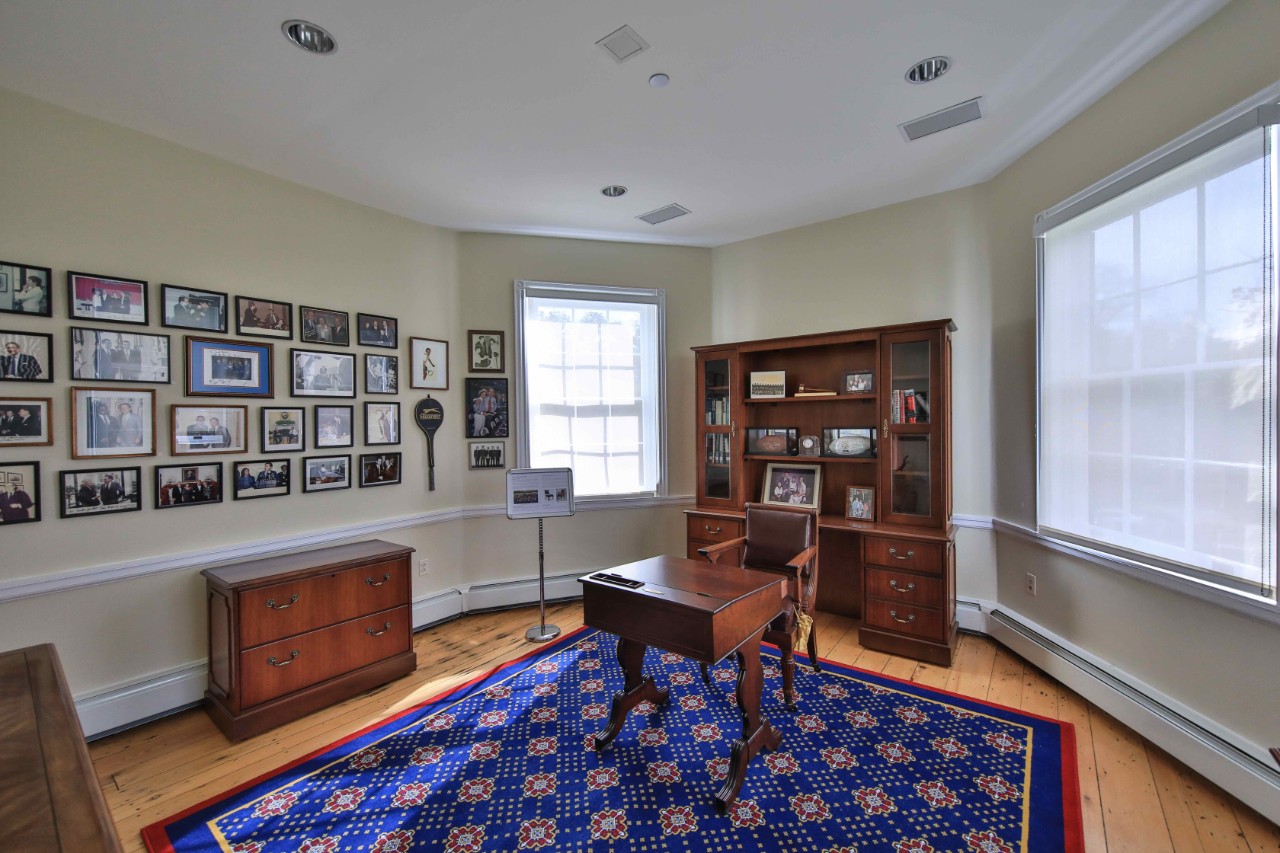 The fellowship recipients have used the archives to explore issues ranging from the politics of congressional appropriations to senatorial preparation for Supreme Court confirmation hearings.

“Making his extensive papers available for research does a great service to those who want to better understand historical events, as well as Specter’s ability to work across the aisle, which could teach us important lessons for dealing with today’s complicated and divided political world,” said Karen Albert, coordinator of the Specter Center.