<< Back to Administrative Leadership 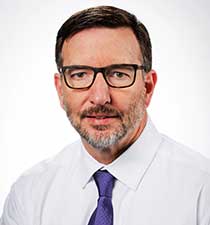 As Thomas Jefferson University’s first Associate Provost for Programmatic Research, Dr. Steven McMahon develops and implements mechanisms for fostering team science efforts on the TJU campus. His role also includes the identification and support of collaborative research projects between Jefferson faculty and non-Jefferson faculty, regionally, nationally and internationally. The ultimate goal of these efforts is to shift the research paradigm at Jefferson from one driven exclusively by a single, autonomous investigator to a more integrated model that includes both single investigator and team-driven research. Enhancing collaborative research at Jefferson is essential for increasing the scope and pace of the knowledge we produce, while also being critical for creating a more stable financial structure to support these discovery efforts. In recent years, Dr. McMahon has overseen the Provost’s investment of pilot funds in over 20 teams of Jefferson scientist and their collaborators. A number of JeffSolves thinktank events and scientific symposia focused on team science, are also supported by the Provost via Dr. McMahon.