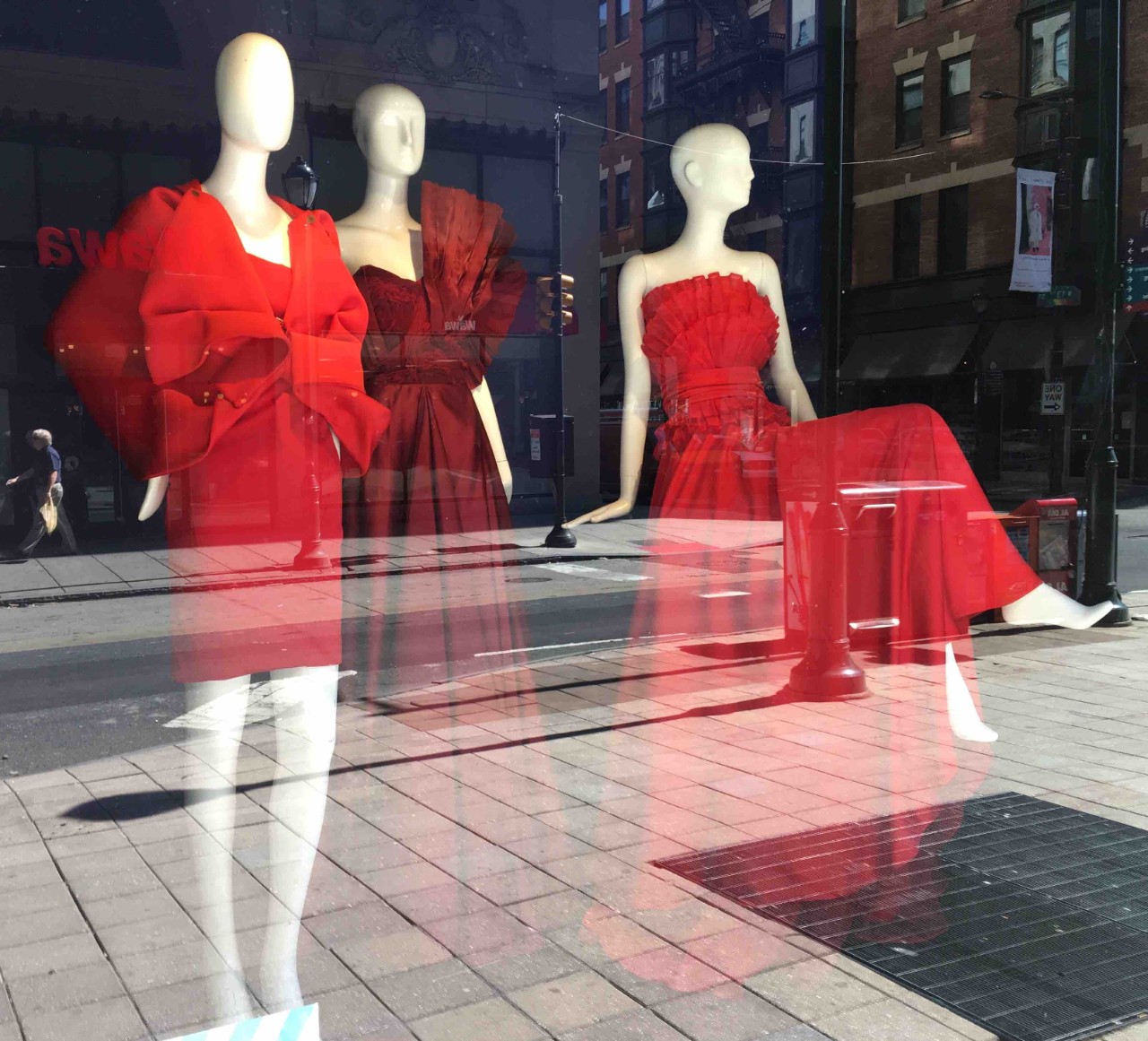 Throughout July, the work of three Jefferson fashion design students will be showcased in a Macy’s Center City display window at the corner of 13th and Chestnut streets.

Juniors Marquise Smith, Shannon Frawley and Faith McGary presented their winning pieces at the American Heart Association’s Rock the Red Runway fashion show on March 28. They designed the dresses as part of their pattern development course, which builds draping skills. The red dress has become a symbol of efforts to raise awareness about heart disease, the leading cause of death for women in the United States.

“We’re honored to be a part of this worthy cause that’s so important in saving women’s lives,” says fashion design professor Catherine Casano. “Each year, I’m newly impressed and tremendously proud of the work our students lovingly create.”

The students’ dresses at Macy’s reflect a variety of inspirations, from the power and influence of Chinese empress Wu Zetian, to the complexity of processing emotions and the uniqueness of the human brain, to the Mexican holiday the Day of the Dead.

Jefferson has collaborated with the American Heart Association for over a decade on this fashion show. This year’s event at the Franklin Institute featured the work of 27 students. 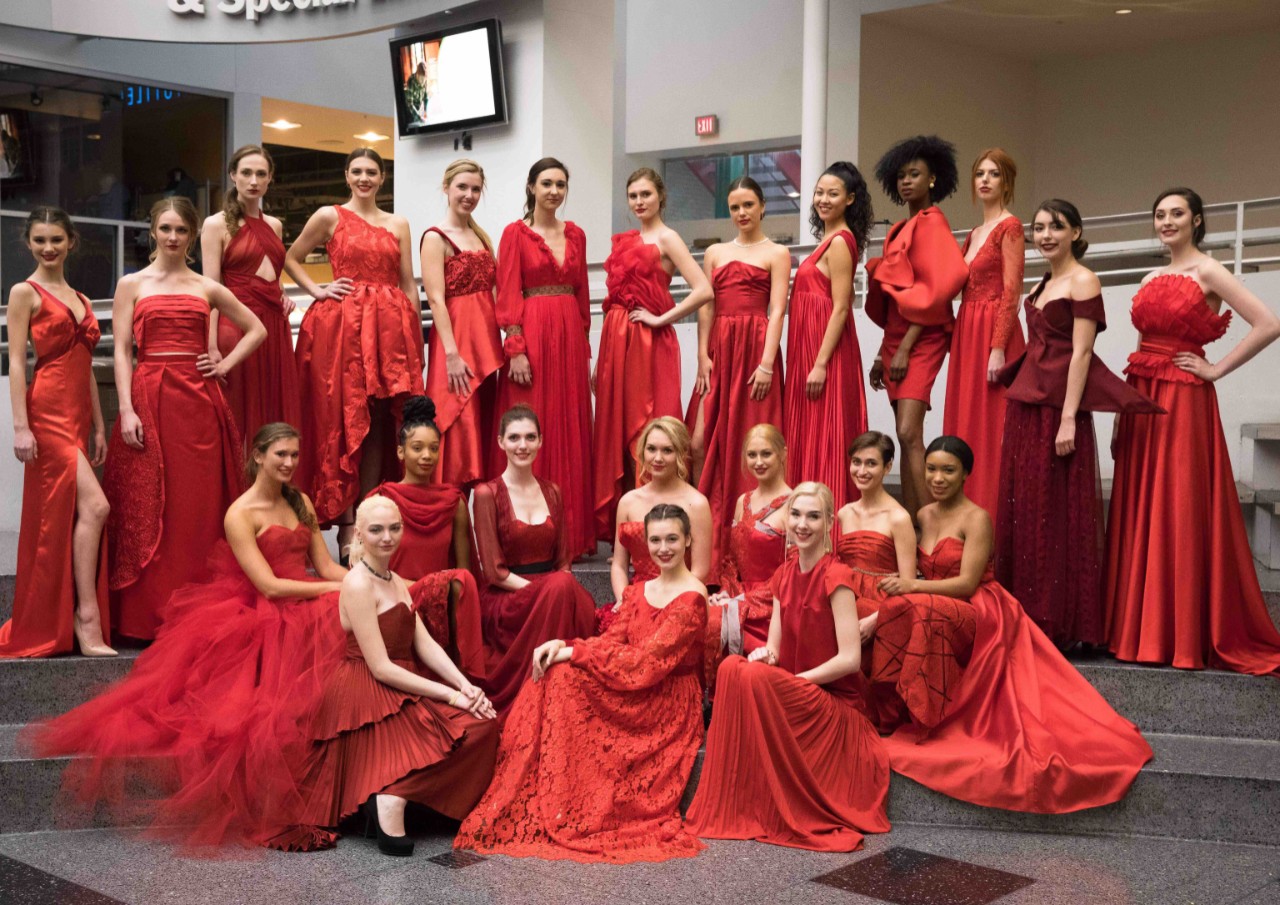 With influences ranging from heartbreak and renewed strength, the stained glass of gothic cathedrals and the circulatory system, 27 fashion design students showcased their red dresses as part of the Rock the Red Runway fashion show in March.