Notes from the Dean's Desk 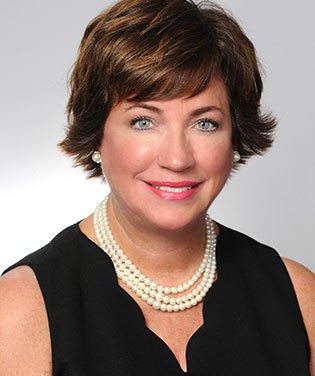 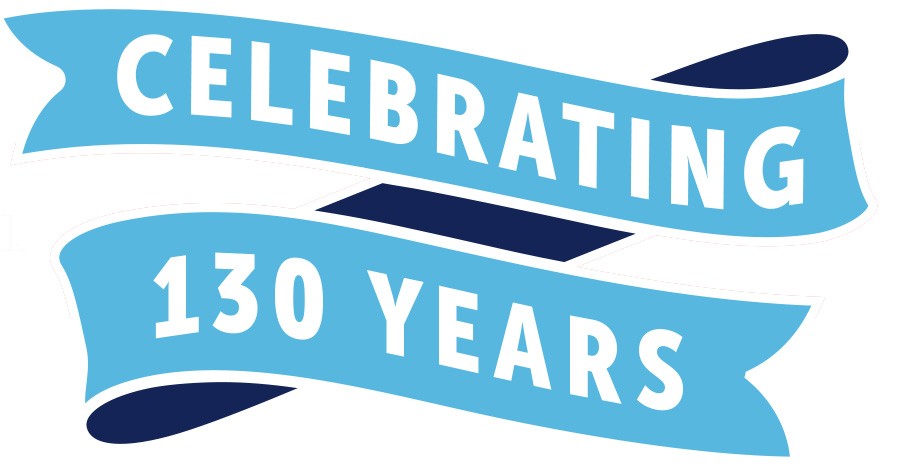 Last summer, Jefferson College of Nursing’s latest graduates found themselves suddenly thrust into a public health emergency they could not have imagined. Graduating amidst a crisis such as the COVID-19 pandemic would have terrified even the most sure-footed professionals, but JCN’s May and August graduates plunged into work alongside experienced colleagues in hospitals and other facilities without missing a beat.

This winter, as truckloads of new vaccines are pouring into the Philadelphia area and raising hope for bringing the virus under control, the Jefferson community is again rising to the challenge. Approximately 350 JCN students and faculty are volunteering to staff inoculation centers at Jefferson Health facilities across the region. Along with hundreds of other health care professionals, they are helping coordinate and administer thousands of injections daily. The focus of Jefferson’s vaccination efforts is shifting from health care workers and frontline staff to those at risk in the community. 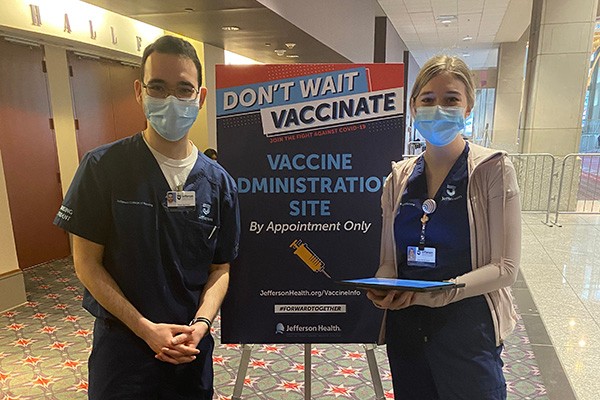 Like hundreds of Jefferson alumni who have been working tirelessly throughout the pandemic, these student volunteers are living an incredible and rewarding opportunity to serve humanity in the midst of an unprecedented crisis. I, too, was fortunate to work alongside many of them when I volunteered to administer the long-awaited vaccine. Accompanied by JCN’s Chief Compassion Officer, two-year old Labrador, Maggie, I witnessed the extraordinary dedication of the vaccine team and the gratitude of those who received the vital dos

Jennifer Paone, a junior, is among the Jefferson nursing students involved in the effort who has her own special reasons for giving back. As detailed in a Christmas Day story in The Philadelphia Inquirer, Jennifer volunteered to administer the vaccine to front-line workers after she, her husband, Kevin, and their four children — ages 12, 8, 5, and 4 — were all diagnosed with the virus back in October.

“I’ve seen what happens,” Jennifer told the newspaper. “And I was hoping that maybe the vaccination will help people reunite with their families or make some type of normalcy in this world right now. When I heard about this opportunity, I said I’m absolutely interested. Throw me into the lion’s den so I can help!”

As we celebrate our college’s 130th anniversary this year, it’s important to note that the work of Jefferson students and faculty fighting COVID-19 is just the latest instance of our institution helping provide frontline care in times of national emergency. During America’s last great pandemic, the influenza wave of 1919-1920, they filled critical roles when as many as 4,000 cases were reported each day across Philadelphia (five of our student nurses died during that pandemic). In the years before and after that, Jefferson nurses staffed large field hospitals that were dispatched overseas to treat soldiers during the First and Second World Wars.

As we take broad steps to gain control over the pandemic and life begins to return to “normal,” Jefferson nurses will be able to say they played a significant role in making that happen.

Return to Jefferson College of Nursing