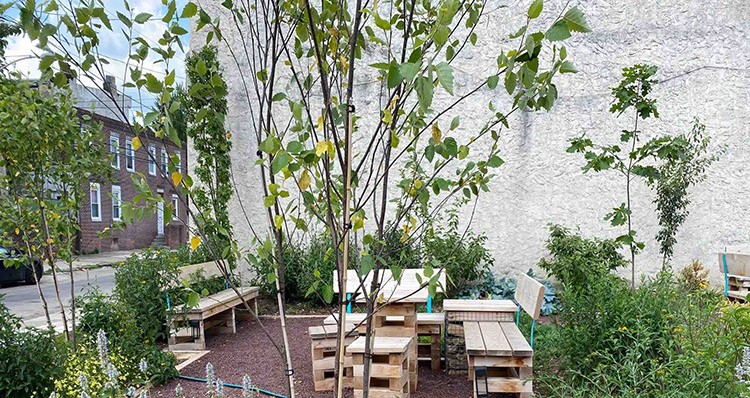 The project started with just a seed of an idea: find a vacant lot in a community lacking green space, load up a truck with all the essential items, and collaboratively work with community volunteers to convert it into a welcoming park.

Kimberlee Douglas—director of the landscape architecture program in the College of Architecture and the Built Environment (CABE)—took that concept public in 2019 with a Philadelphia Inquirer op/ed.

The “Park in a Truck” effort (PiaT) has made a mark in Philadelphia’s Mantua neighborhood and gotten an initiative up and running to do the same in West Kensington by “reimagining how social, ecological and economic networks in cities are designed, built and maintained.”

This is particularly important in a city with roughly 40,000 “open and available” lots scattered throughout its borders. The parks, intended to form green networks, are pre-designed. They allow communities to design, build and maintain them without supervision or oversight beyond a PiaT toolkit which provides step-by-step instructions.

Having already dubbed the initiative as “Ikea but for building neighborhood parks,” Fast Company magazine has formally lauded the effort as a finalist in the Social Good category in its 2020 Innovation by Design Awards. One of the most sought-after design awards in the industry, Innovation by Design is the only competition to honor creative work at the intersection of design, business and innovation.

That means PiaT will be featured in the magazine’s October/November issue (due on newsstands on Oct. 20) as well as be honored at the virtual Fast Company Innovation Festival on Oct. 8.

The judges include renowned designers from a variety of disciplines, business leaders from some of the most innovative companies in the world, and Fast Company’s own writers and editors. Entries are judged on the key ingredients of innovation: functionality, originality, beauty, sustainability, user insight, cultural impact and business impact.

Both Douglas and CABE Dean Barbara Klinkhammer say the recognition is rewarding, with the latter noting that she’s proud of the faculty and students involved. 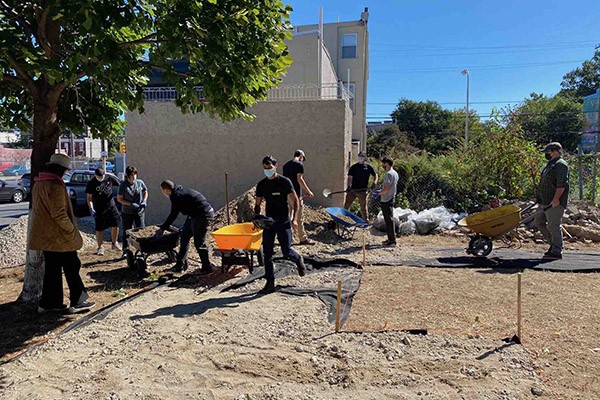 “Park in a Truck has been a game changer for underserved communities in Philadelphia," Dean Barbara Klinkhammer says.

“Park in a Truck has been a game changer for underserved communities in Philadelphia, empowering local community groups to take action in bringing green spaces to their neighborhood,” Klinkhammer says. “Jefferson’s landscape architecture faculty and students are working alongside community members in co-designing and building neighborhood parks on previously abandoned lots for the well-being of all.”

For her part, Douglas shares how residents of the areas in which the parks are being designed and/or built are appreciative. Localizing and empowering residents in the planning, building and maintaining processes help establish a feeling of unity.

“I cannot tell you how many young men walked by the park in Mantua when we were building it asking if we had a job or the many people that said, ‘My mother has two lots. How do we get a park?’” she shares. “That just reinforces the need for both more park space and employment for these youngsters either maintaining the parks or employment as park ambassadors.

“We also heard many people say, ‘We really need more trees and places to sit to de-stress.’ One 9-year-old wanted a ‘lake’ with a bench so she could watch the ducks. The need for nature is so important in these neighborhoods, especially for the youngsters.”

It’s that spirit that makes PiaT all the more important in ensuring the parks are a contiguous network of green, with the ultimate goal of scaling up to add 400 parks to the city.

“We want everyone in Philadelphia to have access to greenspace very close to their house, and PiaT allows that to happen,” Douglas says. “With parks designed as ‘puzzle pieces,’ they are interchangeable and easy to build, which makes scaling them easy.”