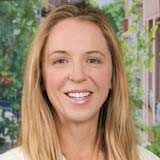 Across the globe, cannabis medicalization and legalization is having a profound effect on the world. The cannabis industry is rapidly growing into a multi-billion dollar enterprise offering many jobs in farming, processing, research, sales and medical treatment. There are, however, few educational programs that prepare scientists, researchers, and clinicians to join this burgeoning field.

Applications for the certificate program are considered on a rolling-admissions basis throughout the year, and newly matriculated students may begin coursework in any academic term.

The Cannabis Science Certificate provides an in depth view of the botany and chemistry of the cannabis plant, cannabinoid pharmacology and resultant effects, and how to identify and quantify the different chemical components and potential toxicants in cannabis.

This certificate program prepares students for the cannabis business in growing or processing cannabis plants, developing new cannabis strains, or researching the potential of many different cannabinoids, terpenes or flavonoids or of new combinations of these chemicals. Students also learn how and why cannabinoids produce their positive and negative effects, and how our bodies absorb, distribute, metabolize and excrete cannabinoids.

This certificate is offered in partnership with the Center for Forensic Science Research & Education.  For over twenty years the Center has been at the forefront of the forensic community, providing novel developments in research, training and education in the forensic sciences.  Their internationally recognized staff have partnered with the Institute of Emerging Health Professions at Thomas Jefferson University to provide an unparalleled learning experience in this emerging field.

Upon completion of the certificate, students will:

The courses in the certificate program are designed to accommodate and interest students with diverse academic background and career interests. All cannabis courses are online and mostly asynchronous. Students may enroll into the program in Fall, Spring or Summer .

If you are not ready to commit to a M.S. degree or a full certificate, take a course or two as a non-degree student (non-matriculated option) - see information

She was a toxicologist studying the effects of illicit drugs on the body, brain, and in utero. Her doctoral research focused on cannabis (marijuana), and she went on to study a wide range of illicit drugs, including cocaine, methamphetamine, ecstasy, and heroin. Dr. Huestis served on the National Commission on Forensic Sciences, was president of the Society of Forensic Toxicologists, Chair of the Toxicology Section of the American Academy of Forensic Sciences, and president of The International Association of Forensic Toxicologists, among many other positions, awards, and recognitions.

Professor Jack Henion is Emeritus Professor of Toxicology at Cornell University where he was a member of the College of Veterinary Medicine commencing in 1976.

Dr. Henion was co-founder of Advion BioSciences in 1993 and is now CSO of Advion, Inc. Professor Henion has received threeDoctor Honoris Causa (Honorary Doctorate) degrees in recognition of his international reputation in modern analytical techniques from the University of Ghent. Uppsala University and Albany University.  During his tenure at Cornell Professor Henion conducted research and explored applications in many areas of liquid chromatography/mass spectrometry (LC/MS) employing atmospheric pressure ionization (API) sources.  Professor Henion has published over 235 peer reviewed papers in the scientific literature, trained nearly 100 students, post-doctoral scientists, and trainees while receiving 12 patents for inventions developed from his work. He has also received a number of awards which recognize his contributions to analytical chemistry and entrepreneurship. More recently in April 2017 Dr. Henion received the Outstanding Contribution to Anti-Doping Science Award from the Partnership for Clean Competition (PCC) for his development of a novel Book-Type Dried Plasma Spot Card and in the Fall of 2017 Dr. Henion was the winner of the 2018 Bioanalysis Outstanding Contribution Award (BOSCA).

Mahmoud A. ElSohly is a Research Professor at The National Center for Natural Products Research, and Professor of Pharmaceutics and Drug Delivery, School of Pharmacy, University of Mississippi (UM).

ElSohly is the Director of the National Institute on Drug Abuse (NIDA) Marijuana Project at UM. He is also the President and Laboratory Director of ElSohly Laboratories Incorporated, an analytical forensic drug testing and product development laboratory. He received his undergraduate and master’s degrees from Cairo University, Cairo, Egypt and his Ph.D. in 1975 from the University of Pittsburgh, School of Pharmacy, Pittsburgh, PA. He has been with the University of Mississippi since 1975 and has been the Director of the NIDA Marijuana Project since 1981. He has over 40 years’ experience working with the isolation of natural products (notably cannabis secondary metabolites), synthetic, analytical and forensic chemistry. He has more than 50 patents and over 350 publications in these areas of science. Dr. ElSohly is also a member of many professional organizations, such as American Society of Pharmacognosy, American Chemical Society, American Academy of Forensic Sciences, Society of Forensic Toxicology, International Cannabinoids Research Society (ICRS), International Association of Cannabinoid Medicines, to name a few, and has received numerous awards, notably the Life Time Achievement Award from the ICRS and the Legacy Laureate Award from the University of Pittsburgh."