Who is a Refugee? 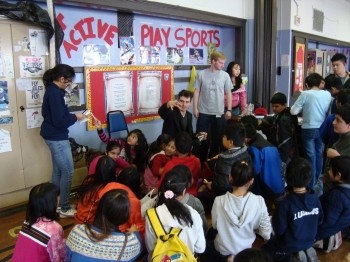 The Geneva Convention of the United Nations defines a refugee as "any person who, owing to a well-founded fear of being persecuted for reasons of race, religion, nationality, membership of a particular social group, or political opinion, is outside of his country of his nationality and is unable or, owing to such fear, is unwilling to avail himself of the protection of that country." Refugees from diverse backgrounds are found all around world, having given up their homes, belongings, and, many times, their families, to live out uncertain futures in foreign lands. They are initially placed in camps varying in quality located in regions neighboring the strife-stricken countries they flee from. There, they face cultural intermingling, family restructuring, overcrowding, sanitation issues, and poor nourishment, before either resettlement in a foreign country or repatriating to their home lands. Since 1991, refugees from over thirty countries have resettled in Pennsylvania, with over 3000 new refugees in 2014, around a quarter of whom resettled in Philadelphia county.

Refugee Health Partners (RHP) aims to empower refugees to be active participants in their own community and healthcare, and foster culturally-conscious care within the Jefferson community.  We accomplish this by fulfilling needs in the refugee community through programs including acute care health clinics, tutoring, engaging senior citizens in the community, and more. We also host educational talks for the Jefferson community throughout the year. Any Jefferson student is eligible to be a member of RHP, and can engage with the organization through a variety of yearly community outreach programs.