These fellowships highlight and raise awareness of the significant impact the late senator’s work had on American politics, criminal justice, healthcare policy and culture, In addition to publishing their research, fellows present their work at Specter Center events on the East Falls campus to bolster intellectual discourse and further advance the senator’s legacy.

Funding for the fellowships is provided by Arlen Specter’s son, Shanin Specter, a Philadelphia trial attorney and law professor, and his wife, Tracey Specter. 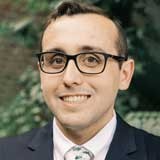 Dr.Parakkal's research interests include laws and challenges posed by Big Tech-large technology and internet firms such as Google, Apple, Facebook, and Amazon (GAFA)-to market competition, consumer choice, and consumer welfare. In recent years, U.S. lawmakers and federal antitrust officials have become increasing dominance of GAFA. As a lawmaker, Senator Specter was active in U.S. antitrust matters and was a member of the Senate Judiciary Subcommittee on Antitrust, Competition Policy and Consumer Rights. Specter paid considerable attention to addressing antitrust concerns in the sports industry surrounding the top four professional sports leagues in the country. Dr. Parakkal plans to produce a research paper on lessons learned from the antitrust experience-including Senator Specter's experience with American sports leagues, that can be appled to antitrust proceedings against Big Tech. Research Topic: Arlen Specter and Middle Eastern Diplomacy with a Focus on Syria

Mr.Topf's research will focus on Senator Arlen Specter's involvement inMiddle Eastern diplomacy, which grew out of his membership on the Senate Select Committee on Intelligence. Specter took many trips and tothe region to meet with leaders such as Hafez al-Assad of Syria, Yassar Arafat of the Palestinian Liberation Organization, and Hosni Mubarak of Egypt. Mr Topf's research will utilize Specter's papers and documents from his travels to the Middle East, to see if Specter’s work and experiences in this area shed light on contemporary regional conflicts. Topf hopes to make this research the focus of his Master’s Thesis. 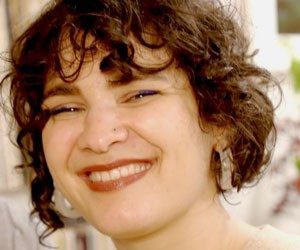 Title:  ‘It’s at the state and local level that problems exist’: The Armed Career Criminal Act and the Puzzle of Federal Crime Control in the Reagan Era

Arlen Specter’s anxieties about the government’s insufficient prison capacity raises questions about the common historical narrative regarding the rise of mass incarceration. This project will focus on the 1970s and 1980s mismatch between Pennsylvania state and local government’s capacity to imprison and its promise to punish. Using Pennsylvania as a case study, Ms. Rosen will study Pennsylvania’s history of late twentieth century prison incapacity, and its culmination in a major prison overcrowding crisis, which led to prisoner resistance, escape, litigation, and more. She seeks to better understand the historical dynamics of Pennsylvania’s carceral crisis, the importance of state and local criminal justice policymaking, and the impact of Pennsylvania’s prison overcrowding crisis on Specter’s legislative career and legacy.. 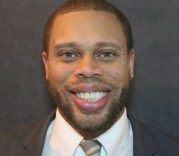 Mr. Welbeck will research the late Senator’s work as a basis for analyzing and contextualizing the current criminal justice reform movement that centers on eradicating racial disparities in incarceration. Hindsight has provided key insights into how the 1994 federal Crime Bill (supported by the late Senator Specter)  achieved some of its aims, while having significant unintended consequences. Mr. Welbeck will employ a multidisciplinary approach to explore and clarify Senator Specter's legacy as it relates to criminal justice reform and his participation in the 1994 Crime Bill.

Dr. Kelly’s research explores how Senator Arlen Specter employed the appropriations process to promote his pro‐ choice policy position and increase funding for cutting‐edge health sciences research, and how he used appropriations to promote the interests of Pennsylvania.

Professor Kelly’s examines several topics, including how a hot button social policy issue like the Hyde Amendment (bars the use of federal funds to pay for abortion) changed the political environment of appropriations politics; how the late Senator used the appropriations process to support projects involving medical breakthroughs; how increasing partisanship surrounds the appropriations process, with Specter often playing a critical role; and the employment of earmarks to build winning coalitions, another Specter practice. 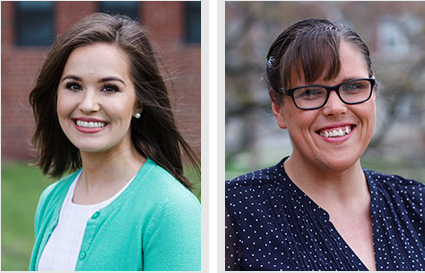 “We are interested in this understudied part of the confirmation process, seeking to understand how senator preparation for Supreme Court confirmation hearings influences their behavior during the hearings and after. Or, put more generally, we ask, how do members of the Senate Judiciary Committee maximize constituent representation and electoral outcomes?“

As Specter sat on the Judiciary Committee for many years and also chaired it, he was involved in all of the Supreme Court nominations of the modern era. Lane and Schoenherr will make extensive use of the Specter papers to study the Senatorial nomination preparation process.

As Ms. Dirksen notes in her application: “As DA and Senator of Pennsylvania, Specter was interested in finding solutions to juvenile crime and ensuring proper procedural action in criminal cases.” He also advocated for community organizations like the Police Athletic League and Safe Streets, Inc., “which that enabled community residents, gang members, and police officers to meet in public spaces to discuss the issues among them.”

Mr. Douglas serves as Assistant Vice President for Residential Learning and Inclusion Programs at Rowan University, and in that capacity, he serves on the campus committee addressing compliance with the Clery Act, legislation spurred by a the 1986 campus rape and murder of Jeanne Clery, and originally sponsored and advocated strongly by the late Senator.

Douglas will explore the effectiveness of the Emergency Notifications and Timely Warnings provision of the law, which can have an immediate impact on campus safety when incidents such as active shootings, sexual assaults, or fires and chemical spills occur. Douglas says in his application: “I believe that understanding the effectiveness of this provision could lead to significant improvements in the ways that campuses alert students and others to safety issues on campuses.”

Go Back to Arlen Specter Center