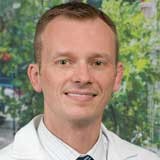 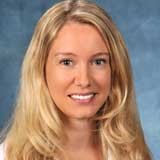 The research program in head and neck cancer is closely integrated into the SKMC squamous cell carcinoma (SCC) working group, led by Dr. Curry, and the Head and Neck Cancer Multidisciplinary Disease Group (MDG), led by Dr. Cognetti. This is a multidisciplinary effort coordinating basic scientists from Dermatology and Oncology, and clinicians in Otolaryngology, Radiation Oncology, Medical Oncology and Pathology. This program has focused on tumor metabolism and tumor immunology in Head and Neck SCC (HNSCC). The group has successfully established a large SCC biorepository, published numerous joint works, and received internal funding including the Goal Line Award, Programmatic Award, Provosts’ Award and Population Health Pilot Grant. The team has received external funding awards from the American Head and Neck Society (AHNS) and Department of Defense; the group has collaborated on NIH R01 grants under Dr. My Mahoney and John Eisenbrey and has multiple other NIH and foundation grants in submission.

This multidisciplinary group meets weekly to focus on development of research in SCC across anatomic sites. The group largely focuses on head and neck cancer, but includes members from Dermatology, Pulmonary, Thoracic surgery, Gynecology, Urology and other specialties. The group has focused primarily on tumor microenvironment in SCC. The group is led by Dr. Curry, Luginbuhl and Johnson. Several laboratories led by Dr. Mahoney, South, Martinez-Outschoorn, and Rosenbloom participate heavily in the group with vetting of projects and proposals. The group also has built and maintains the squamous cell carcinoma biorepository. The group has successfully applied for a variety of internal and external awards as described above as well as has numerous publications.

Dr. Joseph Curry and Dr. Ublado Martinez-Outschoorn have established themselves as leaders in the study of HNSCC metabolism. Through publications in Cell Cycle and invited reviews in Seminars in Oncology, they have demonstrated evidence of a multi-compartment model of HNSCC metabolism, where the leading tumor edge relies on oxidative phosphorylation, the deeper layers of the tumor are more glycolytic (aerobic or anaerobic) and the tumor stroma undergoes aerobic glycolysis. This pattern of metabolic coupling in a subset of HNSCC patients correlated with aggressive behavior including a worsened disease-free survival, perineural invasion and increased specific uptake values on positron emission tomography/computed tomography. Research now will look at cancer metabolism in other malignancies, e.g. thyroid, and will explore the effects of anti-metabolic agents such as metformin on cancer invasiveness.

Drs. Adam Luginbuhl and Larry Harshyne have worked extensively together over the past four years to collaborate on key projects in head and neck cancer. This work has been fundamental to the SKMC SCC working group and the development of our clinical trial program. The work has largely focused on response to immunotherapy with an aim toward predictive biomarkers. The work has led to presentations at ASCO and ESMO in 2019 and several key manuscripts are pending submission.

The Role of Hypoxia Post-Radiation Fibrosis

Drs. Adam Luginbuhl, Joel Rosenbloom, Andrew South, and John Eisenbrey have joined efforts in a novel multi-disciplinary and translational approach exploring the role of chronic hypoxia in the pathophysiology of post-radiation fibrosis syndrome, a common sequela of head and neck cancer treatment. The primary purpose of this work is to analyze and compare the microenvironment of tissue samples in patients with significant post-radiation fibrosis compared to patients without fibrosis to show differences in profibrotic gene expression, hypoxia signaling (through HIF-1 α), and other cellular activity promoting fibrosis. Cell strains will be subjected to hypoxic and hyperoxic environments to determine if we can manipulate myofibroblasts either by inactivation or activation. Additionally, we will use ultrasound techniques including photoacoustics to assess oxygen tension and elastography to assess cutaneous stiffness in the tissue of our patient population. We hope to lay the groundwork for future interventional studies involving hyperbaric oxygen therapy to prevent post-radiation fibrosis syndrome. 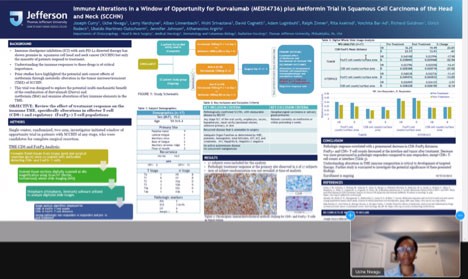 Go Back to Jefferson Otolaryngology Research