In 1825, Jefferson became the first medical college in the country to establish a clinic. Standard medical school curricula then consisted solely of lectures, making Jefferson an innovator in combining patient care with formal education.

By 1877, the clinic had become the Jefferson Medical College Hospital, the second hospital In the United States to be directly associated with a medical school.

Neurology has had a long tradition at the Sydney Kimmel Medical College at Thomas Jefferson University, going back to at least 1831.  It is also proud to have the first division of Neurology established in the United States.

Student lectures on nervous diseases were provided by a number of individuals over the years; these included Drs. John K. Mitchell, James A. Meigs, and Robert Bartholow; the latter was elected President of the American Neurological Association in 1881. In 1892 Dr. Francis X. Dercum was appointed Clinical Professor of Nervous Diseases and, in 1900, Professor of Nervous and Mental Diseases. Dercum, elected President of the American Neurological Association in 1886, worked closely with pioneer neurosurgeons of the day, personified by Dr. W. W. Keen, a close associate of Dr. S. Weir Mitchell, himself an 1852 graduate of Jefferson and widely regarded as the father of American neurology. 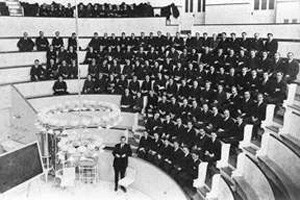 Dr. Dercum was followed as Chair by Dr. Edward Strecker, and ultimately in 1938 by Dr. Bernard Alpers, a leading clinician, educator and neuropathologist of international renown during the middle years of the 20th century. Among faculty members at that time was Dr. Francis M. Forster, one of the founders of the American Academy of Neurology (1949).

In 1940, neurology at Jefferson was split off from psychiatry as an independent department, and it has continued to flourish since under a series of leaders, culminating with the appointment of Dr. A. M. Rostami as Chair in 2003. 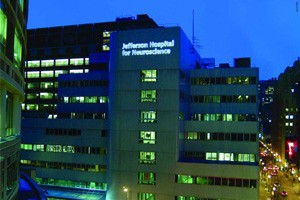 Go Back to Department of Neurology