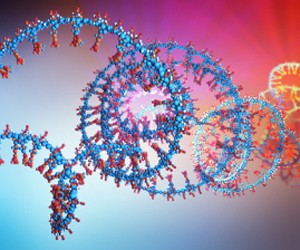 PHILADELPHIA – Cancer is a disease of dysregulated gene expression. Now, researchers from Jefferson (Philadelphia University + Thomas Jefferson University) find that a new, large category of molecules called transfer RNA (tRNA)-derived fragments have extensive interconnections to gene templates and gene products that differ by cancer type. Moreover, these interconnections can be impacted by the sex of the cancer patient. The findings could provide new angles of attack that are specific to each cancer and also be tuned to the sex of the patient, the researchers say.

tRNAs are fundamental molecules that help transform genetic material into the proteins that carry out tasks in the cell. They do this by attaching to intermediary gene copies called messenger RNAs (mRNAs) and interpreting them into proteins. In recent years, researchers have been uncovering evidence that small pieces of these tRNAs known as tRNA-derived fragments, or tRFs, are just as important as the full-length molecule.

Now, in a new study published April 17 in the journal Cancer Research, Isidore Rigoutsos, Director of the Computational Medicine Center and the Richard H. Hevner Professor­ in Computational Medicine at Jefferson and his team describe their analyses of data from 32 cancer types and reveal an array of complex relationships among tRF, mRNAs, proteins, genomic architecture, repetitive elements and the mitochondrion. These findings have important implications for cancer development and research into new therapeutic targets.

Enzymes cut tRNAs into fragments of such varying lengths that researchers initially wondered whether tRF might not be cellular debris. But in previous research, Dr. Rigoutsos and his team showed that the size and the specific sequence of these tRF depend on the kind of cell in which they are found. The same “maternal” tRNA produced multiple “daughter” fragments that differed in breast cancer cells than in prostate cancer cells, for example. “This made us wonder what happens in other cancers,” says Dr. Rigoutsos, who is also a researcher at the Sidney Kimmel Cancer Center – Jefferson Health.

In their latest study, the researchers probed 32 publicly available cancer datasets from The Cancer Genome Atlas to search for links between tRF and molecules that have traditionally been studied in cancers.

The analysis revealed that all 32 cancer types harbor essentially the same tRF and mRNAs. However, the researchers found tRF and mRNA associate with each other in specific pairs that differ in each cancer. Surprisingly, even though the tRF seem to select different mRNA partners in each cancer, these mRNA belong to the same biological processes. The discovery suggests more ways in which cancers might differ from one another. It also suggests that the expression of the same gene can go awry differently in different cancer types.

“This is important because when we try to cure disease, we first look at the mRNA,” Dr. Rigoutsos added. “But, these tRF-mRNA associations could provide valuable insights for how to approach research into treatment because, they appear to be involved in a different relationship in every cancer.”

An unexpected aspect of the new study was the discovery of an involvement of the mitochondrion in the 32 cancers. The mitochondrion is an organelle that has been a component of the cells of higher organisms for several hundred million years. It provides these cells with the energy they need to function. The mitochondrion also maintains its own collection of 22 tRNA whereas the nucleus maintains a separate collection of 610 tRNA. The Jefferson team showed that tRF from the 22 mitochondrial tRNA are responsible for nearly half of all tRF-mRNA associations they found.

“The links to repetitive elements were something we really did not expect,” says Dr. Rigoutsos. “For several decades, the research community has been debating whether repetitive elements serve any purpose. And now, out of the blue comes the mitochondrion with an outsized set of connections to mRNAs that contain repeat elements.”

But the surprises did not stop there. When Dr. Rigoutsos and his team examined the tRF-mRNA pairs by sex, they discovered one more layer of complexity. In bladder, kidney and lung cancer, they found many tRF-mRNA pairs that are present only in male patients, or, only in female patients with the disease.

“We are not aware of previous work that linked tRF with the sex of patients and with mRNA in the cancer context. This is valuable in that it suggests that sex can modulate tRF and their associations with mRNA,” says Dr. Rigoutsos.

This study adds to the team’s previous findings from healthy individuals and triple-negative breast cancer and prostate cancer patients that uncovered links between tRF and race/ethnicity. It appears that tRF may be behind sex- and race/ethnicity-based health disparities. The findings also suggest that the involvement of tRF in cellular processes at large may be far more pronounced than thought.

The work was supported partially by a William M. Keck Foundation grant (IR), by NIH/NCI R21-CA195204 (IR), and by Institutional Funds.